Leader of the dark fey

To protect the Dark fey

Conall is a character and tritagonist in the 2019 film, Maleficent: Mistress of Evil. He is a male fairy who saves Maleficent from drowning, and reintroduces her to other fairies like herself.

He was played by Chiwetel Ejiofor, who had played Dr. Watson in Sherlock Gnomes and Solomon Northup in 12 Years a Slave.

Sturdy, lion-hearted, heroic and kind-hearted, Conall is one of the leaders of the Dark Fey, a band of winged creatures exiled from the human world, who rescues and befriends Maleficent. Having observed the dark fairy for quite some time, he is an advocate for peace between men and fairies.

When a wounded Maleficent falls into the ocean, she is rescued by a mysterious winged creature who turns out to be Conall. He takes her to a cavern where fairies like herself have been in hiding. Because Maleficent's magic is so powerful, Conall (along with Borra) believe she is instrumental in ending the conflict with humans, either by peace or war. He is mortally wounded by a weapon aimed at Maleficent from Gerda at Queen Ingrith's orders. He succumbs to his injuries and is buried in the cavern where he is laid to rest. 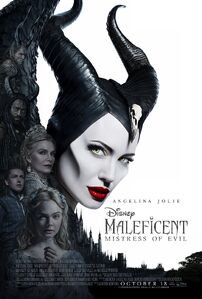 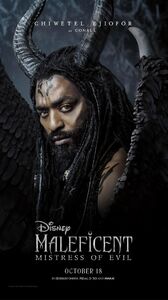 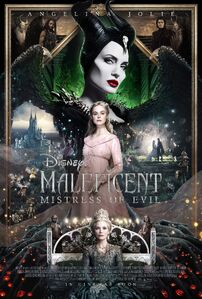 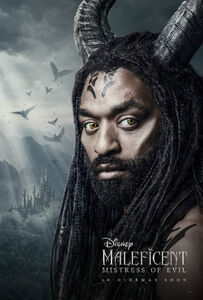