Military and civic personnel consists of:

The Consortium of Civilized Worlds (more often referred to simply as the CCW) is an intergalactic alliance of sovereign worlds and races in Palladium's Rifts Megaverse, formed as a defensive reaction against the imperialist Kreeghor (Trans-Galactic Empire).

The Consortium of Civilized Worlds had its founding in a time of war. Centuries ago, the expanding interstellar civilizations / races bumped into each other, the Noro Federation and the Human Alliance. While their encounter and new relationship was peaceful, it wasn't long before they began to come under attack by a warrior race, the Kreeghor who were expanding their dominion. The Noro and Humans joined forces and formed the Consortium of Civilized Worlds. As time passed by, it grew until it and it's military and geopolitical rival, the Trans-Galactic Empire (Kreeghor) dominate the "Three Galaxies" cluster.

The Consortium of Civilized Worlds is an intergalactic state that has territory in the 3 galaxies in their cluster (Anvil, Thundercloud, and Corkscrew galaxies), though they control none and compete with their rivals the Trans-Galactic Empire for primacy in each of the galaxies.

It's a federation of worlds with 231 member races and a 100 associated races (protected backwater worlds) on 5,000 worlds. The CCW has 7 trillion sentient beings of which;

The CCW is actually a loose alliance of sovereign worlds. The member worlds govern themselves how they see fit and the CCW has limited authority over their internal affairs. To join the CCW, there are several requirements;

1. A planetary government must exist on the planet though there have been a few exceptions granted.
2. The world must be a signatory to the Civilized Compact which has basic guidelines, violate them and risk being expelled or even having the government removed by force.

Once in the CCW, the worlds have to follow several guidelines, which include the following;

Within the CCW, some of the worlds are organized into sub-confederations. The three biggest and most important sub-confederations are those of the Wolfen Republic, the Noro Federation, and the Human Alliance. Each of which has over a 100 worlds and trillions of sentients.

In the CCW, slavery is outlawed and trial by jury is required for all crimes. The death penalty is reserved for genocide, mass murder, and large-scale slavery. Individual worlds can set their own laws when it comes to the rest.

When it comes to the economy, it's mostly automated factories. As for the citizenry, the great majority of the population is middle-class with a standard of living much higher than the average citizen in the dominion of their imperialist, militaristic rival, the Trans-Galactic Empire (aka, TGE).

The Consortium Armed Forces consist of 8 fleets and planetary garrisons, though except for the frontier worlds near the TGE, the garrisons are usually small. It has a navy with 10s of thousands of starships, including battleships able to destroy a minor moon. The member worlds have their own "Independent Defense Forces", which are usually simply glorified planetary militias but the ones near conflict zones are full fledged military forces.

The CCW has advanced technology, such as bionics and nanotechnology. In the CCW, the most powerful type of warship is the Emancipation-class which are able to survive a 40 Megaton nuke and laser batteries that in one volley can inflict damage equivalent to 25 Megatons.

It's armed forces are equipped with; 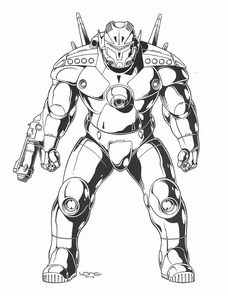 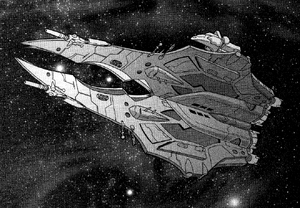 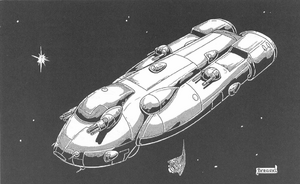 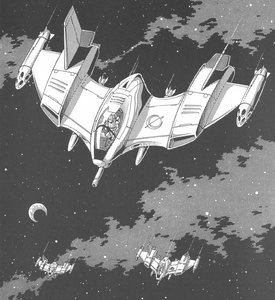 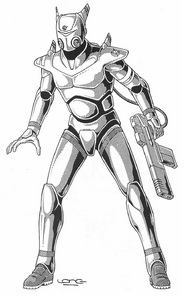 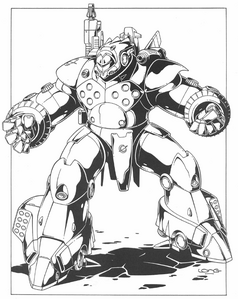