One of Amos' hunting dogs

Tod's sidekick (until becoming serious foes for a little while, then friends again right after the apparent death of the grizzly bear), & Marie Aristocat's boyfriend.

Having fun with Tod, Dating with Marie Aristocat.

To befriend Tod (in the first film; succeeded).

Prevent Tod from getting killed (succeeded).
To join the Singing Strays (in the midquel; formerly),
Marrying Marie.

Copper is a hound dog and one of the titular protagonists (along with Tod) of The Fox and the Hound and its 2006 midquel.

He is the best friend of Tod, the pet of Amos Slade and the "son" and somewhat "student" of Amos' other dog Chief.

Although Copper is the deuteragonist of The Fox and the Hound and it's 2006 midquel, he was an antagonist when he was an adult as he tried to kill his best friend, Tod and he also helped Amos Slade with his plans to kill Tod but he late reforms at the end and then Tod and Copper became friends again.

As a puppy, Copper is fairly curious. He has an excellent sense of smell, which made prone to wandering off, following various scents. One of these instances led to him befriending Tod, being unaware that the two were natural enemies. However, he could be slightly cautious, especially around his owner and the older Chief.

As an adult, he is much more serious, having been trained as a hunting dog. However, he does not initially go for Chief's theory that a hunting dog must be nasty, preferring to simply TRACK and smell out game. His training leads him to break off his relationship with Tod. However, he spares his friend out of past friendship until Chief is injured in an accident, at which time he becomes focused on revenge. However, their friendship would be rekindled, in a distant manner, when Tod saved him and his master from a rampaging bear. Copper would later repay his friend brave efforts by keeping his still-mad boss from shooting Tod.

In the 2006 midquel, it seems that he was unable to do things right. 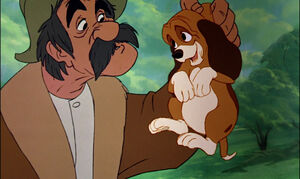 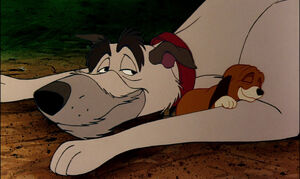 Chief quickly warms up to Copper 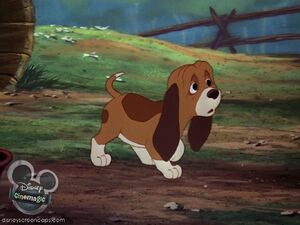 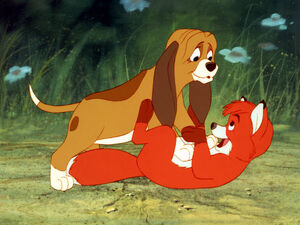 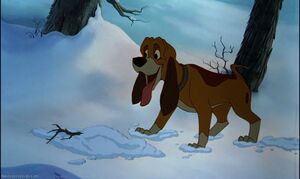 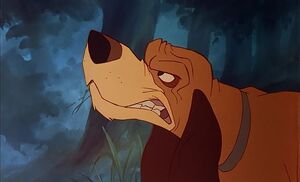 Copper angrily growls at Tod for causing Chief to get injured by the train, believing it was intentional. 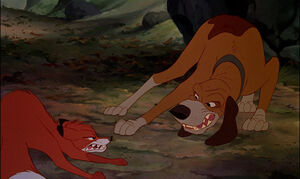 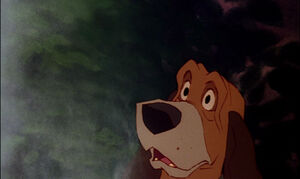 Copper picks up a different scent, and a look of horror dawns on his face! 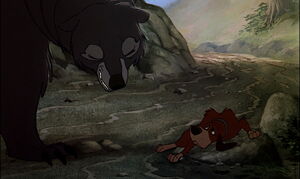 Copper at the mercy of the giant bear 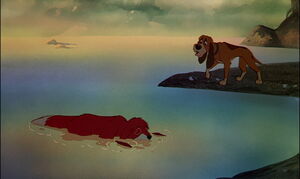 An amazed Copper approaches the weak and exhausted Tod. 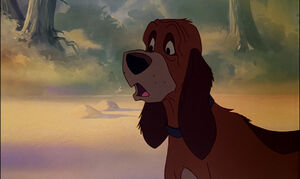 Copper is amazed that Tod saved him from the bear, despite everything that happened. 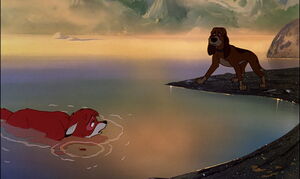 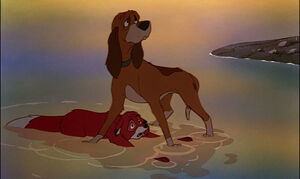 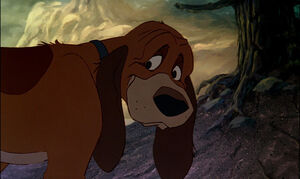 Copper smiles back at Tod 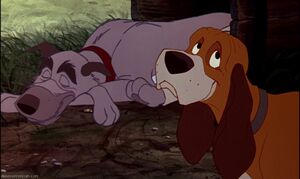 Copper rests at home, fondly remembering his friendship with Tod. 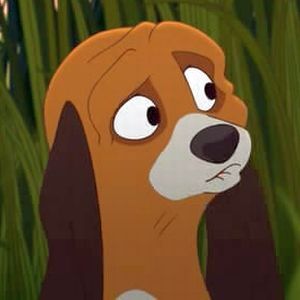 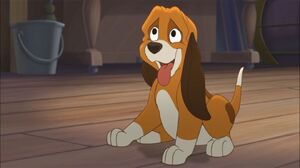 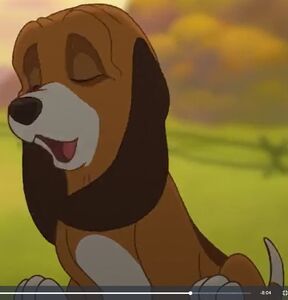 Copper was Singing
Add a photo to this gallery

Retrieved from "https://hero.fandom.com/wiki/Copper?oldid=2224019"
Community content is available under CC-BY-SA unless otherwise noted.