Spending time with her husband Marlin

Protect her unborn children from the barracuda (failed, though Nemo survived).

Coral is a minor character in the Disney/Pixar's 2003 film, Finding Nemo. She is Marlin's wife and Nemo's mother.

She is voiced by Elizabeth Perkins.

She only appeared at the beginning of the movie. She and Marlin were swimming down to their sea anemone where there were a lot of baby eggs. Marlin decides to name half of the kids Marlin, Jr. and half of them Coral, Jr., and Coral says that she wants to name one of them Nemo, so Marlin says that he'll only name one child, "Nemo." Coral was wondering why Marlin was looking at her the way he did, Marlin tells Coral about how they first met and she tried to get away from Marlin by swimming out of the anemone.

After that, Marlin discovered that Coral and all but one of their eggs have been killed by the barracuda. Marlin found the last egg and named it "Nemo," to honor his wife, Coral's wish to name one of the children "Nemo." 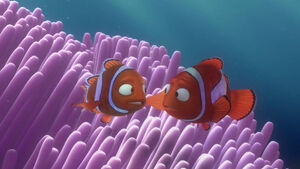 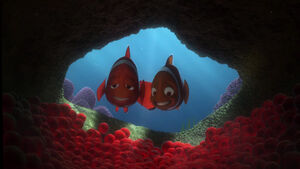 "We're going to be parents!" 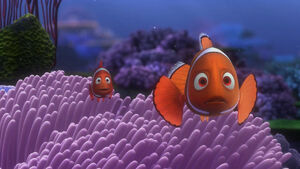 Coral staring at a big barracuda. 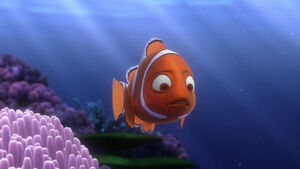 Coral fears for the safety of the eggs. 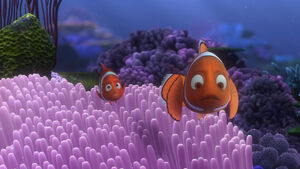 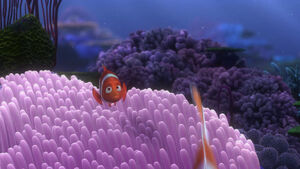 Coral dashes to the eggs and her death.