Exploring.
Going though the door (formerly).
Visiting her other “Other parents” (formerly).
Gardening.
Likes the rain.
Likes to venture.

Save her parents (succeeded).

Find her parents (succeeded).
Return to her real world (succeeded, twice).
Save and find the three ghost children (succeeded).

Coraline Jones is the titular main protagonist of Laika's 1st full-length animated feature film of the same first name, which was based on the novel of the same name by Neil Gaiman.

She was voiced by Dakota Fanning.

Coraline is an 11-year-old girl who moved with her parents to a new town in Oregon at the beginning of the film. She at first does not like her new home but soon learns to be content with it after her time in the Other World dimension.

She is an 11-year-old girl who comes with her parents into a new town (somewhere in Oregon in the movie), but she has only complaints to make about this change of home. The house needs to be renovated, the sky is always cloudy, the neighbors are old and eccentric (the only kid around is Wybie, who annoys her) and her parents are so busy with the moving and their jobs that Coraline is feeling alone, bored, and unhappy.

One night, she discovers a secret door in the house, which leads to another world. This place looks exactly like her own, with two differences: everybody has buttons instead of eyes, and overall the apartment is a much better place to live in.

Coraline has lots of fun in the other world, despite the warnings of a mysterious cat (who can talk in the magical world) among other characters.

However, she soon discovers that the Other Mother does not actually love her and wishes to devour her life and trap her soul, she has already done the same thing to three other children, the Other Father and the other residents of the Other World are in fact her slaves, and all these amazing things the other world has are just a trick to lure her.

Eventually, Coraline manages to escape with Other Wybie's assistance (at the cost of his life). However, she discovers the Other Mother has kidnapped her parents. So, Coraline asks her if she could participate in a scavenger hunt of the Ghost Children as per the black cat's suggestion to win the deal.

After realizing that the Other Mother doesn't honor the bargain regardless of whether she wins the game or not, she has the Black Cat help her escape. Once the Beldam is locked out of Coraline's world, Coraline then tosses the key down the well, but not without a fight with the Beldam's severed hand. 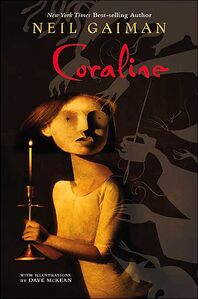 Coraline Jones is pictured on the novel's cover.

How Coraline Jones appears in the Graphic Novel. 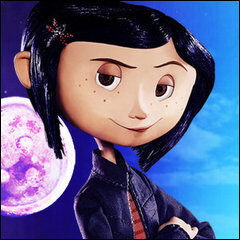 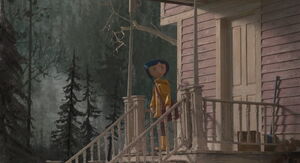 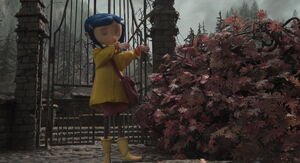 Going to the garden, Coraline grabs a branch to use as a "dowsing rod." 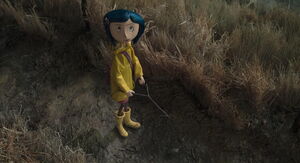 Coraline seeing someone is watching her behind some rocks. 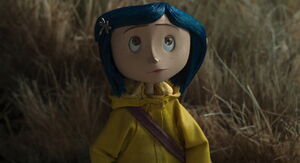 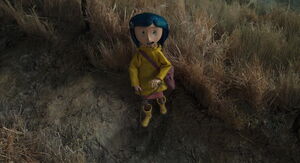 Coraline frightened when she hears a strange noise from behind the rocks. 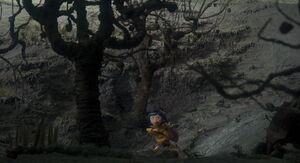 Coraline running through the woods. 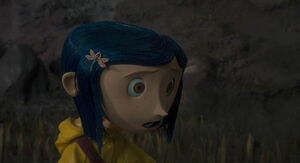 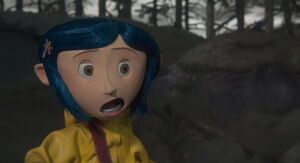 Coraline screaming when a feral black cat hisses at her. 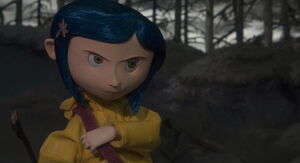 "You scared me to death, you mangy thing!" 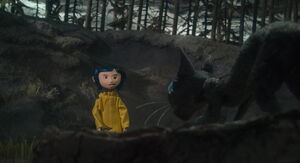 Coraline talking to the cat. 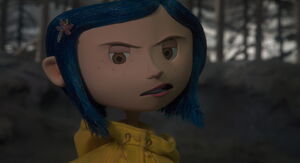 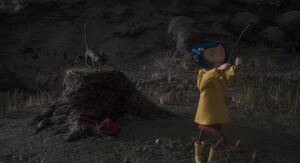 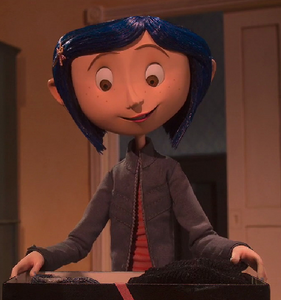 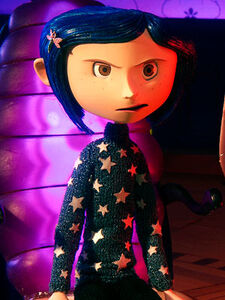 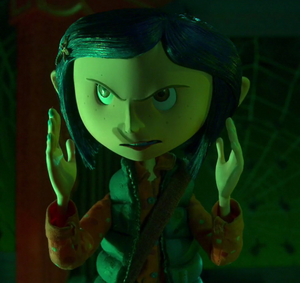 Coraline and The Beldam face off. 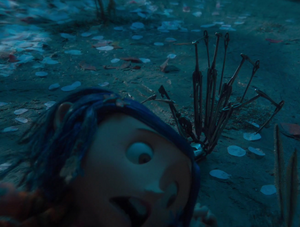 Coraline is dragged to her doom by the Other Mother, before being rescued by Wybie. 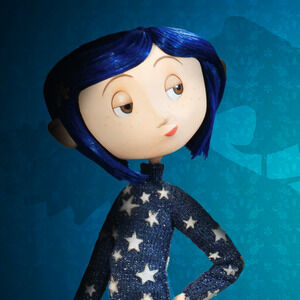 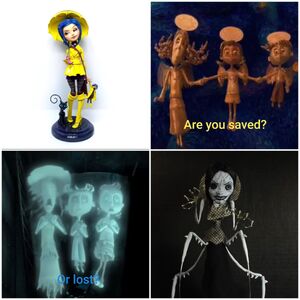 Collage with customs people made 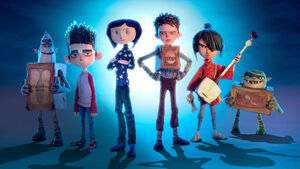 Coraline alongside other heroes (except Mr. Link who, for some reason, isn't seen here) from other Laika films. 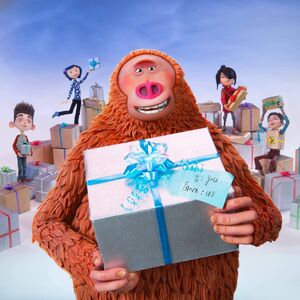 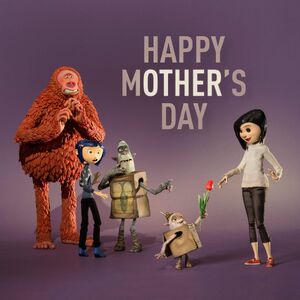 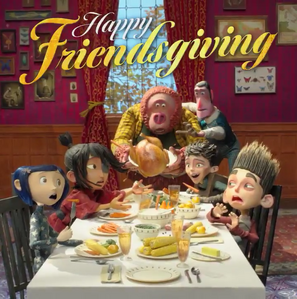