Corvo the Black, The Masked Felon, The Crown Killer (due to false accusations)

Clear his name and get his revenge on Hiram Burrows and Daud, Rescue Emily

Tragic Anti-Hero, Falsely Accused Protector, Heroic Assassin
Corvo Attano is the main protagonist of the 2012 video game Dishonored, and one of the two main protagonists of its 2016 sequel Dishonored 2. Previously an agent and bodyguard to Empress Jessamine Kaldwin, Corvo is stripped of his title of Lord Protector and imprisoned by the usurper, Royal Spymaster Hiram Burrows, on the pretense of having murdered the Empress and abducted her daughter, Emily Kaldwin. After escaping from confinement on the eve of his execution, Corvo becomes an assassin or masked vigilante for the Loyalist Conspiracy, eliminating Burrows' confederates to clear his name, avenge the Empress' death, and restore Emily to the throne.

In both games, his morality and actions are left entirely up to the player. However, canonically, Corvo is usually portrayed in a heroic light.

In the second game, he is voiced by Stephen Russell.

Corvo originally hails from Serkonos, the southernmost nation of the Empire of the Isles, and is the first Royal Protector born outside of Gristol. Not much is known of his early life; he was "assigned to serve the Empress as a diplomatic gesture," but the specifics of this assignment, and the age at which it began, are unknown. It has also been noted that Corvo is not high-born, and attained his social status through the Royal Protector position. He is described as being mysterious and quiet, with Wallace Higgins and Treavor Pendleton claiming that despite his high social standing, little is known about him by those at court.

Corvo has a strong bond with Emily, and often interacts with her in a familiar and affectionate manner—for instance, Emily asks him to play hide-and-seek on his return to Dunwall, which Corvo can oblige, and he was apparently teaching her climbing and defensive techniques prior to the events of Dishonored. Corvo will also occasionally hug Emily or hold her hand, further displaying their closeness.

It is believed by some citizens of Dunwall that Corvo was Jessamine's lover as well as her Royal Protector. While several characters in the game address these rumors (Lydia starts to ask about the supposed affair on one occasion, and Pendleton makes disparaging remarks about their relationship during the high chaos version of The Light at the End) they remain unconfirmed. However, Corvo's initial interaction with Jessamine, a letter found in her secret room, Anton Sokolov's comments to Corvo after The Royal Physician, and assertions by the Outsider suggest that the two were close.

It is speculated in Farley Havelock's journal that Emily may be Corvo's daughter. Emily's behavior toward Corvo suggests that she sees him as a father figure, but any biological relation between the two is deliberately left ambiguous.

Following his escape from Coldridge Prison with the help of the Loyalists, Corvo readily joins their group. Whether Corvo's primary goal (after rescuing Emily) is to restore Dunwall or exact revenge is determined by player choice and style.

In Dishonored 2, Corvo had to restore order on Dunwall once again after Delilah Copperspoon steal the throne from Emily. He won't do this alone however, as Emily, now an adult woman whom trained as assassin as much as himself, would aid him in his quest.

Known for his air of mystery, Corvo is a distant and reserved man, showing his emotions only to his closest companions. He is noticeably pragmatic, willing and able to exact whatever means necessary to achieve a desired end. Though he bears a title of utmost honor, he isn't opposed to wet work, conversely being completely apathetic to the spilling of blood. His willpower is unshakable and his conviction absolute; even with his name slandered twice, in both cases, he seeks primarily the restoration of the Kaldwin lineage to the throne.

As a hero, Corvo takes a more merciful approach when it comes about dealing his enemies, including those who have wronged him. His following heroic choices are: 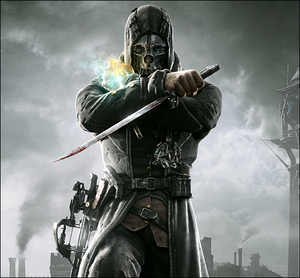 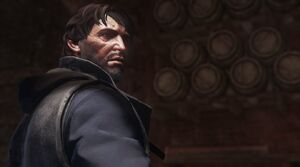 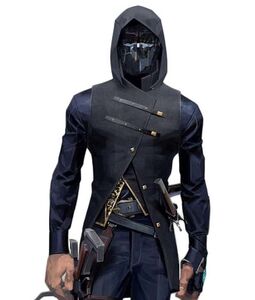 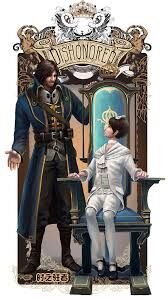 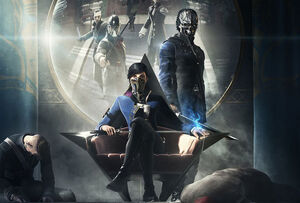 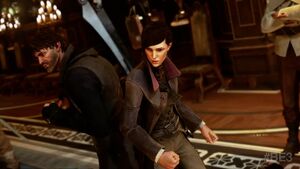 Devouring Swarm
Add a photo to this gallery
Retrieved from "https://hero.fandom.com/wiki/Corvo_Attano?oldid=2139361"
Community content is available under CC-BY-SA unless otherwise noted.