King of Ga'Hoole (until his death)

Fight the Pure Ones

Nyra, Pure Ones, The Striga

Coryn, born as Nyroc, was the son of Kludd and Nyra, the nephew of Soren and Eglantine, the grandson of Noctus and Marella, the cousin of Blyth, Bell and Sebastiana, and the main protagonist of the second half of The Guardians of Ga'Hoole book series.

Nyroc was a Barn Owl who was being raised by his mother Nyra to follow in the footsteps of his late father, Kludd and become the king of the Pure Ones. He later gets a scar from Nyra during an argument with her. Nyroc later fled and encountered the scroom of Kludd, who urged him to return to the Pure Ones, but Nyroc refused and renounced being Kludd's son. Afterwards, Nyroc renamed himself "Coyrn".

Coryn eventually becomes the king of Ga'Hoole and aided his uncle Soren in defeating Nyra and the Pure Ones. However, during a fight with an owl called the Striga (who once had control over Coryn's mind) Coryn's wing is ripped off. Soren kills the Striga by decapitating before taking his nephew to a safe haven, but sadly despite others attempts to save him, Coryn dies from blood loss. Following this, Coryn became a constellation in the sky and was succeeded by Soren as the king of Ga'Hoole. 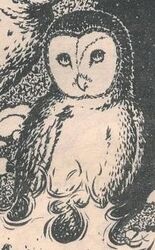 Coryn with his scar. 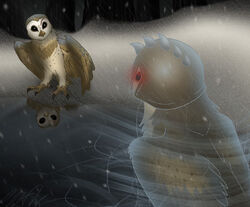 Coryn and his father Kludd's ghost 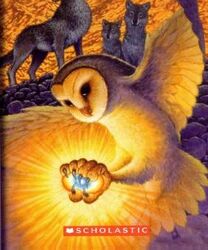 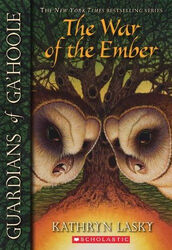 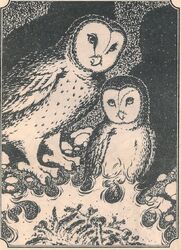 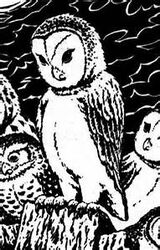 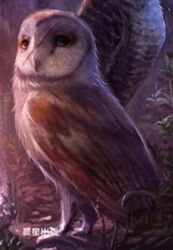 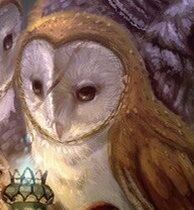