Knows how to save money
Highly intelligence

Hero of the Future

Cosmo S. Spacely (B. 1995) is George Jetson's boss. He appears as a character in the animated series The Jetsons. He is the minor antagonist and anti-hero of the series. In the series he was voice by the late Mel Blanc. Frank Welker voiced a teenage version of Mr. Spacely in the A Jetson Christmas Carol and Jeff Bergman voiced Spacely in some scenes in Jetsons: The Movie after Blanc's death, as Blanc died during the production of Jetsons: The Movie.

Spacely is CEO of Spacely Space Sprockets, Inc and his main rival is W.C. Cogswell, who is the CEO of Cogswell Cogs.

Mostly he usually bosses and always threatened to fire George Jetson.  At the end of the episode he always rehires him.  The only reason why he always re-hires, no one can RUDI computer but George.

Despite of his grumpiness, he has shown to be kind-hearted in some episodes. 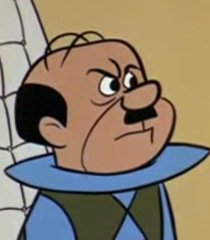 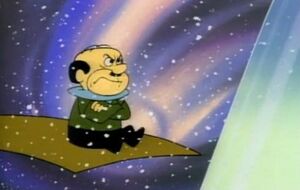 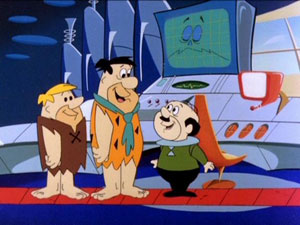 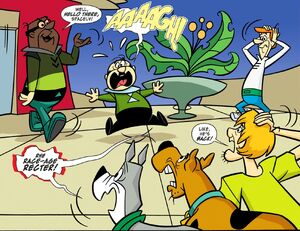 Mr. Spacely, the Jetsons and the Mystery Inc gang thinking that Cogswell is the Space Age Specter in a Scooby-Doo! Team Up comic book.
Add a photo to this gallery

Retrieved from "https://hero.fandom.com/wiki/Cosmo_Spacely?oldid=1490943"
Community content is available under CC-BY-SA unless otherwise noted.