Start a Wiki
Craig Owens (born 1983) lived and worked in Colchester, England. In 2010, he rented a room to the Eleventh Doctor. (TV: The Lodger) In April 2011, Craig helped him defeat the Cybermen. (TV: Closing Time)

With the Doctor's help, Craig was able to confess his feelings to his friend Sophie. She moved in with him and they had a son, Alfie. Craig was valued as a friend so much by the Doctor, that he forwent a literal once-in-a-lifetime chance to see the Alignment of Exodor, on his farewell tour, to clean up the damage he caused to Craig's home on their second adventure.

He is played by English actor, presenter and comedian James Corden (who also played Smithy in the BBC sitcom Gavin and Stacey).

The Eleventh Doctor stated that Craig possessed a strong will, and he was able to resist the Cybermen's upgrading process, albeit only because he heard his son crying. Despite the difficulties of being a father, Craig loved Alfie very much. He was initially nervous about revealing his feelings for Sophie but during his first meeting with the Doctor they admitted their feelings for each other in a dangerous situation. Like the Doctor, Craig sometimes used the word "Geronimo", saying it just before slamming his hand onto the control panel of the fake upstairs apartment. (TV: Closing Time)

Craig was uncomfortable about the Doctor's presence during their first meeting, considering him to be a laugh but also weird, and was jealous about the Doctor's superior football abilities and Sophie's apparent interest in him. However, after the Doctor allowed him to see inside his head using his telepathic abilities, Craig, although initially shocked, grew to trust and respect him. (TV: The Lodger) During their second meeting, Craig was much more comfortable around the Time Lord, considering him to be a friend and trusting him enough to bring his son on their mission to stop the Cybermen since he believed that the Doctor would keep them both safe. One of the staff members in a shop thought that the Doctor and Craig were a gay couple because they got along so well. (TV: Closing Time) 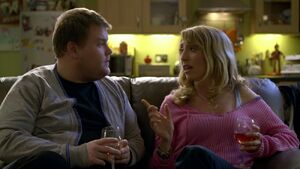 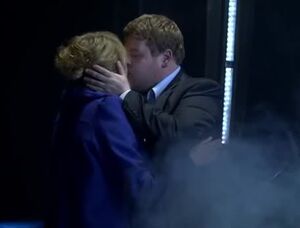 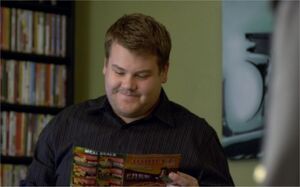 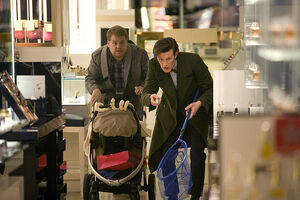 Retrieved from "https://hero.fandom.com/wiki/Craig_Owens?oldid=1839610"
Community content is available under CC-BY-SA unless otherwise noted.