Flare for mischief and trouble

Crash and Eddie are supporting characters in the Ice Age franchise. They are possums who are Ellie's adoptive brothers and one of Peaches' adoptive uncles.

They first appeared as (former) antagonists turned major characters in the second film The Meltdown, then returned as supporting characters in Dawn of the Dinosaurs, Continental Drift, and Collision Course.

They are voiced by Seann William Scott and Josh Peck respectively.

They first made their presence known to the opening characters by means of shooting pebbles (or possibly spitballs) through reeds at Sid and Diego, then baiting them so as to humiliate them, but Diego began chasing them, leading both Sid and Diego to Ellie. After much persuasion, Ellie and her brothers joined Manny, Sid, and Diego, though Crash and Eddie spared almost no opportunity in bothering Diego.

As they traveled with Manny and his friends, Ellie grew closer to Manny, putting both Crash and Eddie somewhat closer to Manny and his friends, but creating a short grudge when Manny tried "hitting on" Ellie. They even play dead when crows are nearby. In time, however, they saw behind the petty grudges and worked together with Manny, Sid, and Diego to escape the flood, but left with Ellie when she left Manny and his friends to cross the minefield, as she claimed that it was suicide to cross it. Crash and Eddie joined Ellie in trying to escape the flood, but soon ran into trouble when they were trapped in a cave.

Ellie insisted that they leave her to the point of pushing them outwards from a small crevice, but they promised to return with help, and true to their word, sought out Manny to try and free Ellie. They eventually made their way into a rushing current of water and were almost swept away when a foolish Sid came along to jump into the current, leaving them, in addition to holding onto a branch for dear life against the current of water, trying to hold onto an unconscious Sid. Diego eventually helped when he jumped in and saved them from drowning along with Sid. When Manny had saved Ellie from drowning, they helped Ellie back onto solid ground, but almost drowned when the flood was encroaching.

Eventually however, the waters drained, leaving Crash, Eddie, and all of the others alive. When a herd of mammoths came by (as mammoths were presumed all but extinct), they thought that Ellie would go with them and leave Manny, so they went with her. But as it turned out, Manny and Ellie stayed together because they wanted to, rather than being obligated to, and so they left onwards with Sid and Diego, as well as Crash and Eddie.

Dawn of the Dinosaurs

In the third film, Crash and Eddie travel with the others to the dino jungle to save Sid from Momma, and both grow to idolize Buck, the one-eyed dinosaur-hunting weasel who helped them find Sid. In the third film, they also mentioned they never liked Sid. This is not true, however, due to helping Buck save Sid from his incoming death. They then celebrate as Peaches is born.

Crash and Eddie have extremely smaller roles as compared to the previous two movies. They tell Louis that they are too stupid to be concerned about the earthquake. The duo still, do partake in the final battle with Gutt's crew fighting Dobson by hopping on his back and having a rodeo, but accidentally let him charge into Manny and, later Shira, knocking them onto the other ship. 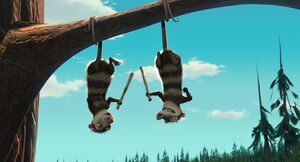 Crash and Eddie shooting spitball pebbles at Diego and Sid. 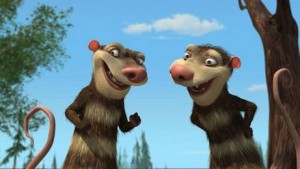 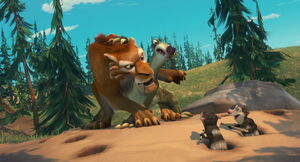 Sid and Diego humiliated by Crash and Eddie 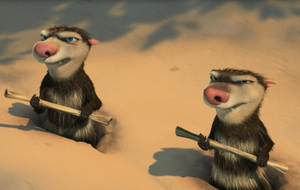 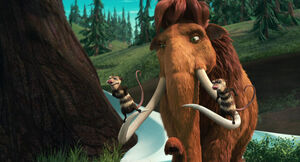 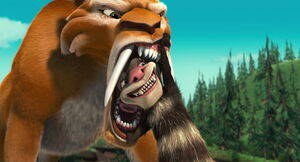 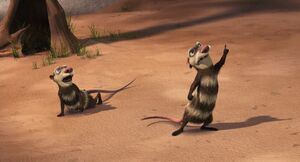 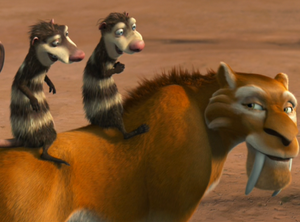 Crash and Eddie on Diego's back. 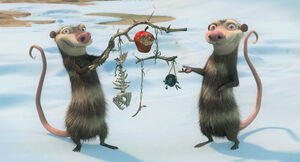 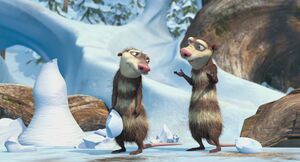 Crash: "This place is totaled!" Eddie: And we didn't wreck it! Crash: "We're losing our touch, bro." 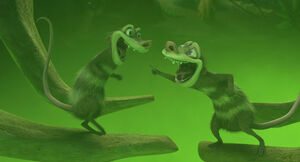 Laughing from the toxic fumes 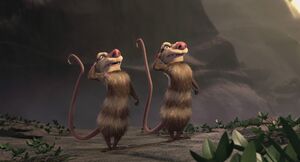 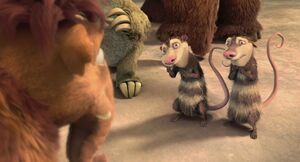 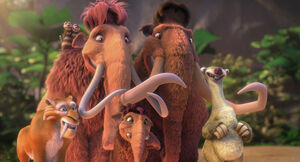 "Manny told us to keep an eye on you. But not to let you see us, under any circumstances."

Crash and Eddie exhausted from walking all day

Crash and Eddie doing foolish stunts in front of Louis

Crash & Eddie explain to Louis that they are too stupid to be concerned about the earthquake.

Crash and Eddie point at Louis who stands before Gutt. 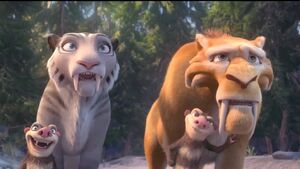 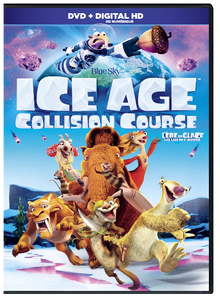 Crah, Eddie and their friends on the Ice Age: Collision Course DVD

Retrieved from "https://hero.fandom.com/wiki/Crash_and_Eddie?oldid=1910863"
Community content is available under CC-BY-SA unless otherwise noted.