Founder of L.E.A.F.
Owner of his shop

Defeat all zombies with the plants help.

Crazetopher David Blazing III, or better known as Crazy Dave, is the main protagonist in the Plants vs. Zombies franchise. He served as the narrator and the supporter to help the players fight the zombies by using plants.

He was voiced by Orion Acaba, and by Taliesin Jaffe in Plants vs. Zombies: Garden Warfare 2.

Crazy Dave is a human that wears a white T-Shirt with blue jeans and a brown belt. He also have a grey sauce pan on his head. His design also gave him a large brown beard on his face, along with his brown hair and eyebrows.

Crazy Dave portrays as a mentally ill person who has unusual behavior, such as eating food on the floor and scaring people in the fog without an apparent reason. On the other hand, Dave is also intelligent, as he could build machines such as the Junkasaurus, Penny, and a Robot Dinosaur.

Crazy Dave first appeared and gave the players’ Wall-nuts to play Wall-nut bowling. He, later on, supported the players throughout the game. Before the final boss battle, he had trouble when telling Dr. Zomboss’s weakness, before he could say it, he got carried by a bungee zombie. He can be seen in the credits music with the bungee zombie carried by him.

When replaying Adventure Mode, Crazy Dave will randomly pick three of the player's plants for each level, which cannot be switched out, but quitting and reloading the game makes him choose three different ones.

Crazy Dave bought a Magic Taco, found only on Level 4-4 of the first play-through of Adventure Mode, for $1000. He will also reward the player with two Marigolds of random colors when the Zen Garden is unlocked, as well as five bags of fertilizer. Marigolds cost $2,500 at Crazy Dave's Twiddydinkies and a five-pack of fertilizer is only $750.

Crazy Dave reappears in Plants vs. Zombies 2 after beating Player's House - Day 4. After the player gets a hot sauce, he wants to borrow for his taco. He said it was amazing and he wanted to eat it again. To do this, he introduced Penny, a time machine. After that, the real trip has started, first in Ancient Egypt. They traveled through time and has successfully re-eat his taco in Modern Day, even with Dr. Zomboss's plan to prevent the players to help him.

Crazy Dave served as the messenger on the plants' side during missions and multiplayer games.

After the Hero-Tron 3000's malfunction, Crazy Dave has to unite all the Plant Heroes to stop the Zombie Heroes from taking the world.

Crazy Dave in the first game. 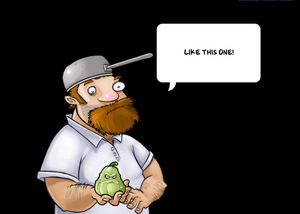 Crazy Dave in the Demo ending of the first game. 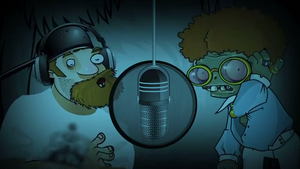 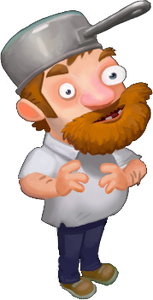 Dave in Plants vs. Zombies Adventures. 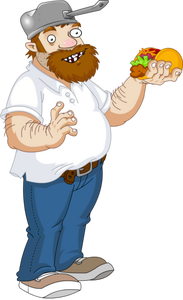 Dave with a taco in Plants vs. Zombies 2. 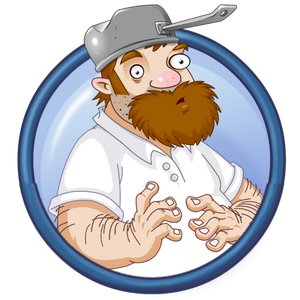 A portrait of Crazy Dave.

Crazy Dave in the comics.

A young Crazy Dave in the comics. 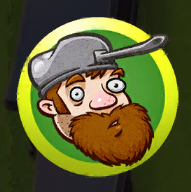 Crazy Dave's icon in Plants vs. Zombies: Battle for Neighborville.