The player character and their partner

Cresselia is the tritagonist from the post-storyline of Pokémon Mystery Dungeon: Explorers of Time, Darkness and Sky. She is a key character who has the ability of time travel, and pertains vital intelligence regarding the end of the world as well as the collapse of Temporal Tower. In her travels, she uses time travel and her own speed to pursue Darkrai throughout the time periods to secure her final solution.

Despite not being her field of expertise, she holds vital information pertaining to space and time distortions, and was a vital instrument towards Darkrai's end.

Throughout the course of the game, Cresselia is chasing Darkrai around the world and through time periods to stop him from causing the planet's paralysis. She does not appear in the games' first storyline, but becomes a key character in the post-game storyline. However, she is initially thought to be evil to the party, being falsely accused due to Darkrai using an illusion to pose completely as Cresselia. The false Cresselia makes "her" first attempt to kill the party in Azurill's nightmare, but fails after she is interrupted by Drowzee. After this, the party ask Chatot what he has heard of Cresselia, and he states that Cresselia is a dispeller of darkness, and is able to heal the emotional scars of any being using her light powers. The real Cresselia later appears in Palkia's dream, during Darkrai's second attempt of killing the party.

Darkrai, still posing as Cresselia, attempts to kill the party single-handedly due to Palkia not appealing to "her" task. However, a split second before Darkrai finishes them off, Cresselia teleports to the scene and removes Darkrai's illusion quickly. Immediately after, she strikes Darkrai and he appears to be stunned by the attack. To Darkai's dismay, he is furious at Cresselia's intervention, but offers the two heroes to find him in the Dark Crater.

Cresselia attempts to finish Darkrai off, but he teleports away.

After pulling the party out of Palkia's nightmare, she returns to Treasure Town with the party and reveals vital information about both space and time distortions, as well as the lore of the end of the world. In her disquisition, she reveals that Darkrai alone was the true instrument towards the planet's paralysis and that she has been chasing him for "a long time" to stop him for his evil deeds. She also mentions that the reason Darkrai used an illusion of herself was due to him fearing the two heroes, as they had saved the world once before, undoing Darkrai's work.

Later on, Cresselia states that she sensed an imbalance in Darkrai's final words and presumes his area of retreat, the Dark Crater, to be a trap. She later explains that it's extremely odd that Darkrai would allow his own defeat, as she had been pursuing him for a very long time. Despite her allegations, the two heroes decide to pursue Darkrai with Cresselia's guidance, into the Dark Crater.

Upon arrival to the Pit of the Dark Crater, the party, accompanied by Cresselia, encounter Darkrai.

During their encounter, Darkrai reveals that it was him who caused the player's memory loss and transformation into a Pokémon. He also reveals that he was behind the paralysis incident; despite Cresselia having already explained, he is pleased to expose himself. Despite his introduction, the team prepares to battle Darkrai but he offers them the chance to join him and rule the world. It appears the partner takes it, having given up all hope of defeating Darkrai. However, when the player realizes how uncharacteristic the partner's actions are, they attack Darkrai, revealing it was a nightmare induced by Darkrai. Furious, Darkrai summons Aggron, Arbok, Mismagius, Magcargo, Rhypherior, and Magmortar to assist him in eliminating the group but is still defeated.

Following their victory over Darkrai and his followers, Cresselia moves in on the defeated Darkrai to finish him off. However, Darkrai attempts to resume his former plan; using time travel to flee Cresselia once more. Darkrai, confident, assures that even in the end, he is victorious over Cresselia and will resume his dark plans. An aggravated Cresselia chases Darkrai to the portal, but Palkia arrives to the scene. Upon arrival, Darkrai flees through the Dimensional Hole, but Palkia destroys it, replicating the event which happened to the player; being attacked while time travelling and therefore losing his/her memory. Cresselia then explains to the player and their partner that wherever Darkrai is, he lives, but he is brainwashed, so his plans of world domination are gone. Cresselia and the two heroes then return to Treasure Town and Cresselia remains on top of the player's home, overlooking the sea. 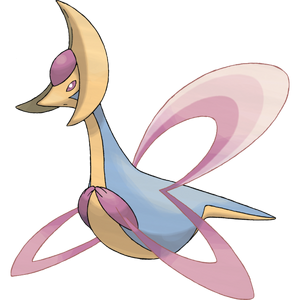 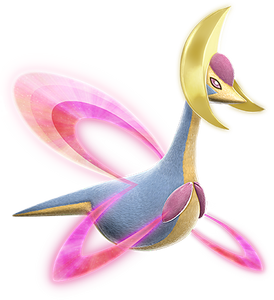