Hanging out with Mulan.

Help Mulan to stop Shan Yu and the Hun armies.

Loyal Sidekick
Cri-Kee is a cricket and a supporting character from Disney's 1998 film Mulan and its sequel. He is the sidekick of Mushu and the luck charm for the Fa family.

Cri-Kee is a "lucky" cricket given to Mulan by Grandmother Fa, who believed Mulan needed all the help she could receive during her trip to the Matchmaker. However, despite being deemed a lucky cricket, Cri-Kee confesses to Mushu at one point that he is not, explaining his timid behavior during dangerous scenes. Even so, throughout the film, Cri-Kee goes through various perils and survives each of them, having Mushu believe he is, indeed, lucky.

Cri-Kee is the polar opposite of Mushu and serves as his selfless, nagging sidekick throughout the Mulan series. He values Mushu as a friend eventually, but is easily annoyed by the dragon's schemes and selfish plans. Nevertheless, he never hesitates to keep a sharp eye on the guardian, making sure he at least tries to shed some light on the matter and lead Mushu down the right path. He usually fails, but there are times where his guidance is taken for what it's worth.

Though he can be fussy with Mushu, Cri-Kee is undoubtably one of Disney's most loyal characters, sticking by the guardian's side through every moment, no matter how frustrated he becomes, as well as assisting him with any task, be it defeating the evil Shan Yu or planning Mulan's wedding.

Cri-Kee is first shown being caged up. Mulan's grandmother walks across a road (while covering her eyes) to test Cri-Kee's luckiness. After being successful, he is "proven" lucky. He accidentally messes up Mulan's chance with the Matchmaker by climbing into the tea that the matchmaker was going to drink out of. During the "Reflection" musical number, she releases him but he, out of sympathy for Mulan chooses to follow her instead of leaving. He tells Mushu that he has to find Mulan when the Great Stone Dragon (except its head) crumbles to pieces. It's said that in his first film, he's considered a lucky cricket. He helps Mushu defeat Shan Yu in by firing a Chinese missile towards him on top of the Emperor's palace (or some people call it the roof) and towards the end, he summons the ancestors by striking the gong once and playing a drum kit made out of pots and pans.

Essentially, Cri-Kee is an individual for Mushu to voice his thoughts out loud and acts like a spectator.

In the sequel, Cri-Kee reappears as Mushu's companion and tries to act as a voice of reason. After hearing Mushu's plans to break Mulan and Shang apart (as their marriage would result in him losing his job as guardian) Cri-Kee tags along on the heroes' adventure to prevent Mushu's antics, although he eventually fails. Even so, Mushu soon learns the error of his ways and uses Cri-Kee's guidance to save Mulan and Shang's relationship.

Cri-Kee makes numerous cameo appearances in the animated series House of Mouse as a recurring guest. Cri-Kee is usually found with Mushu and is seen spectating whenever the dragon is on screen. Many times throughout the show, Mushu would have a sassy comment, dictating it to Cri-Kee. One notable cameo had Cri-Kee seated with Jiminy Cricket from Pinocchio. Cri-Kee also appears with Mushu in Mickey's Magical Christmas: Snowed in at the House of Mouse.

It's a Small World: The Animated Series

In the animated mini-series, Cri-Kee makes a brief, non-speaking cameo in the episode "Just One Moon". 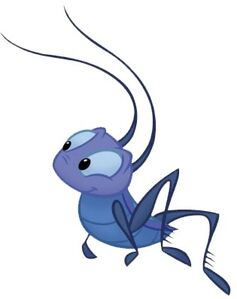 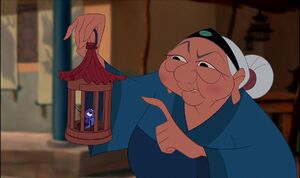 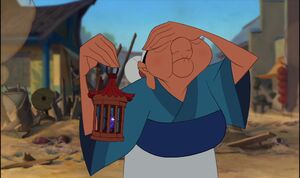 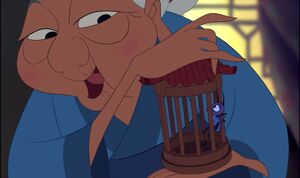 Cri-Kee not wanting to be the Fa family's lucky cricket. 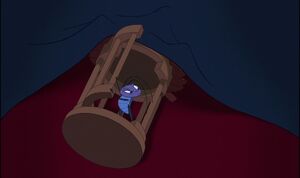 Cri-Kee escaping from his cage. 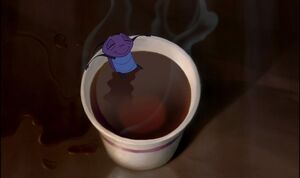 Cri-Kee in the Matchmaker's tea. 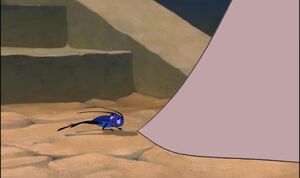 Cri-Kee escaping from the Matchmaker after being in her dress. 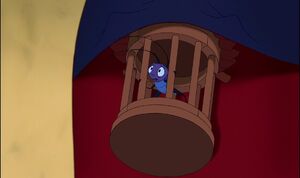 Cri-Kee back in his cage. 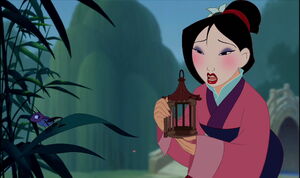 Cri-Kee being released from his cage by Mulan. 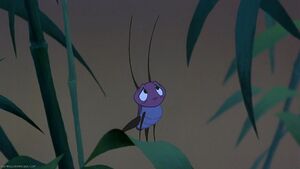 Cri-Kee feeling sad and guilty for ruining Mulan's meeting with the Matchmaker. 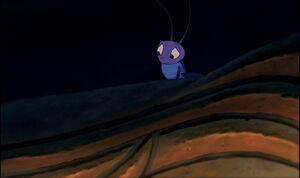 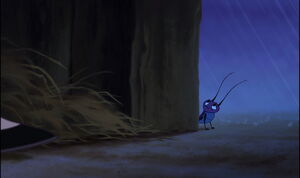 Cri-Kee watching Mulan leave to take her father's place in the Imperial Army. 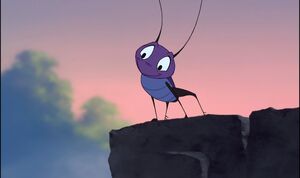 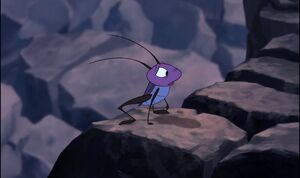 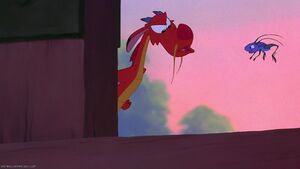 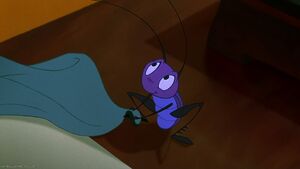 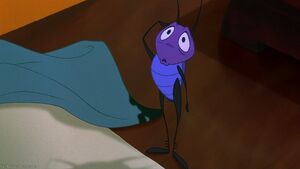 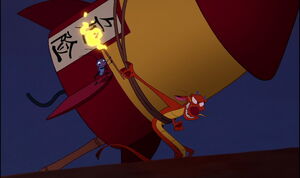 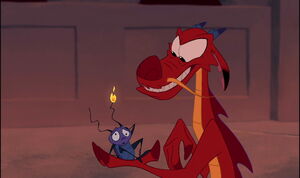 Cri-Kee having survived the fireworks explosion. 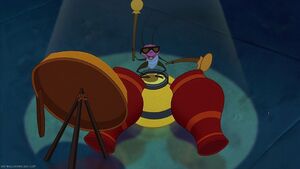