Crysta is a curious and plucky teenage fairy and the main protagonist of 20th Century Fox's 1992 animated feature film, FernGully: The Last Rainforest. She is an Australian fairy who lives in the forest FernGully.

She was voiced by Samantha Mathis in the 1992 feature film, and by Laura Erlich in the 1998 direct-to-video sequel FernGully: The Magical Rescue.

Crysta is a curious, fun-loving fairy. She is nice, kind, caring, friendly, gentle, trusting and loyal. She loves nature and the animals that live in it and is protective of all the things she cares about. While she is forgiving, Crysta doesn't like to be lied to or have her trust broken. She doesn't hold grudges and is very peaceful, but when someone lies to her or threatens her home, friends and family, those people see a more angry, serious side of Crysta.

While Crysta likes to live a carefree life full of adventure with many thrills and daydreams a lot, Crysta also knows that she has to take things seriously. Crysta isn't one to start trouble or fights, but she will defend others who need protection. While Crysta is a fun-loving girl, she is fully aware that she has to be mature and responsible after she takes Magi's place as the leader and protector of her home, so while she never loses her former personality, she is easily able to step up and act like a proper leader whenever she has to.

Crysta is a charming, beautiful fairy that is very intrigued about the world outside of FernGully. She along with the other fairies in the forest do not believe humans exist and are only in stories, until a crazy bat by the name of Batty, comes and tells them all these crazy stories about how he was captured by humans and experimented on. At first no one believes him except Crysta and she is determined to find out if humans are real. She goes to a place called Mount Warning, where the evil shadow of destruction Hexxus is known to be trapped, and finds a human named Zak. When he is almost crushed by a tree Crysta accidently shrinks him to fairy-size and he falls on a tree that is about to be devoured by "The Leveller". "The Leveller" is a wood cutting machine that has been cutting down every tree the humans have been putting red Xs on. Crysta saves Zak from "The Leveller" which she thinks is just a monster but she cannot properly un-shrink him. To avoid her being monkey-like and having red X's on his back instead of what they are really there for, which is to pick which trees to cut down. They decide to take Zak to Magi so she can un-shrink him, on the way Zak sees the forest really for the first time with all its beauty and life. Back toward Mount Warning the humans have accidently released Hexxus who is set on destroying Fern Gully, he uses "The Leveller" to cut down all the trees to Fern Gully. When Crysta, Zak and Batty make it back to FernGully the fairies cannot believe the Zak is really a human and they all excited to see him and learn about him. The only one who is truly worried is Magi, she goes to check on the path to Fern Gully and sees that it is beginning destroyed and Hexxus is coming this way. She shows Crysta the red Xs and tells her the trees cannot be saved. With Hexxus drawing closer and closer to Fern Gully, Magi calls for all the fairies to come around to tells them of the danger. She uses the last of her magic to try and protect Fern Gully. 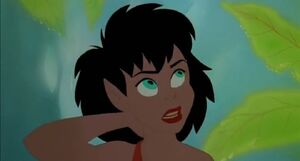 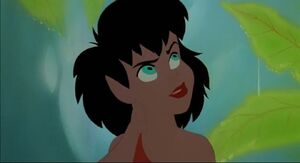 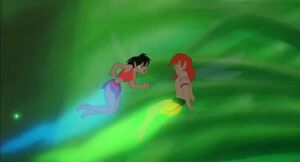 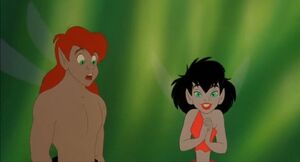 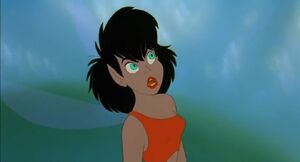 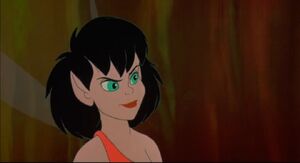 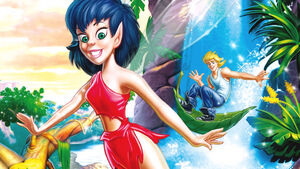 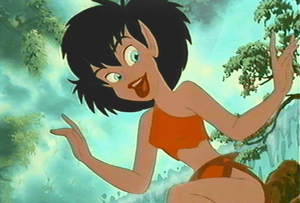