Her behavior is the same as the real-life dogs. Cuddles likes to chew up the dolls, toys and even antagonistic foods who tried to bother Orange and his friends for no reasons, but she possesses an high intelligence that she eats meats and good food. However, she hates chocolates that are poisonous to harmless animals that could be potatially deadly for dogs and cats.  She first seen in Trollin' when she killed two trolls by chewing them up alive when she plays an major role when she is summoned by Annoying Orange. In Yo-Yo, she chewed up and killed Yo-Yo by taking him after being summoned by Orange once again. In Top 5 To Get Out Of Your Homework, she devoured and killed a brocoli teacher by eating him alive. She serves as an ally to Daneboe, Annoying Orange and their friends and she is caring for her owner Daneboe. 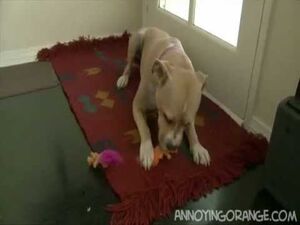 Cuddles attacking the Trolls by chewing them up alive 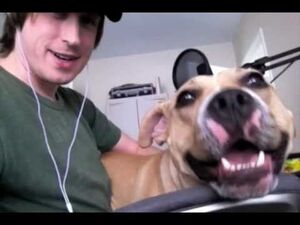 Cuddles with her owner Daneboe 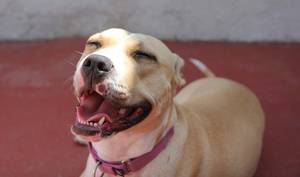 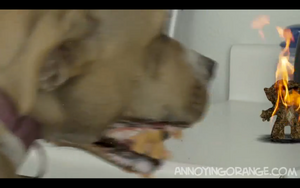 Cuddles taking the trolls and killing them. 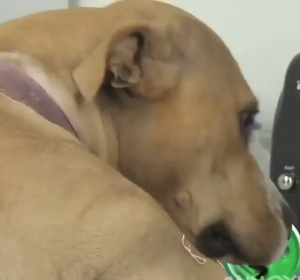 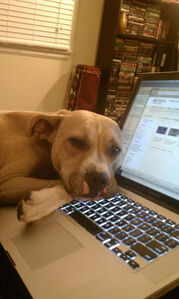 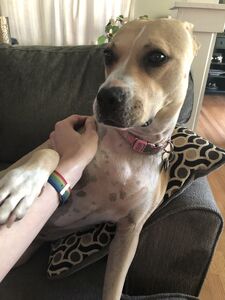 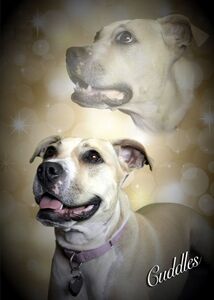 Retrieved from "https://hero.fandom.com/wiki/Cuddles_(Annoying_Orange)?oldid=1930306"
Community content is available under CC-BY-SA unless otherwise noted.