Curious George is a monkey and the titular main protagonist of the animated franchise of the same name.

He is voiced by Frank Welker, who also voices Garfield from The Garfield Show, Bronx from Gargoyles, the Dragon from the Shrek franchise, and Url from Dinosaur.

George is an adventurous, imaginative, curious monkey, and spends his days basking in the African sun, playing with the other animals in the shade of the jungle's canopy. He's naive, but clever, and can figure out how things work. From painting on stone walls with gloppy juice from jungle fruit to swinging his way through the jungle, George is intelligent and precocious. When he encounters what appears to be a large banana above a row of bushes, he follows it only to find out that it belongs to a tall, thin man named Ted Shackleford (also known as The Man in the Yellow Hat), and doesn't taste anything like a banana. Still, he takes to the friendly man immediately, playing a spirited game of Peek-a-Boo and Chase around the jungle. When the man disappears, George, still holding the hat, follows him onto a boat (called the H. A. Rey, after the author of the books), and winds up in quite another setting. Going from the jungles of Africa to the jungles of the New York City streets, George's instinctual cleverness is tested. He manages to keep tailing Ted, but soon gets more in the way than not, much to the chagrin of the gruff, strict doorman of Ted's apartment building, Ivan, and the rich, snooty Mrs. Plushbottom who lives in a nearby penthouse. George is dauntless in his enthusiasm for life, and is always well-meaning, even if his mischief sometimes gets Ted further and further from his goal of saving the museum from being turned into a money-making, multi-level parking garage. George is almost sent back to Africa by Animal Control, but Ted realizes that despite all the trouble, he and George have a bond that he can't refuse, and, with George's help, he figures out how to find the ancient and huge monkey idol of Zagawa, and to save the museum. George helps Ted to save the day, and even to win the heart of Maggie, the sweet and caring schoolteacher who visits Ted's museum.

Back to the Jungle 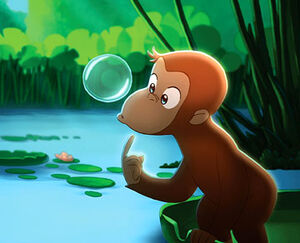 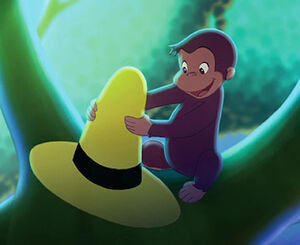 George finds Ted's yellow hat, mistaking it for a banana. 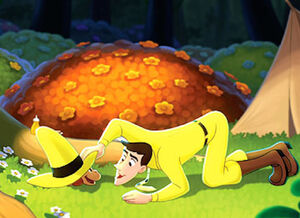 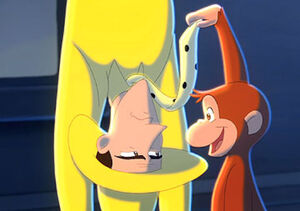 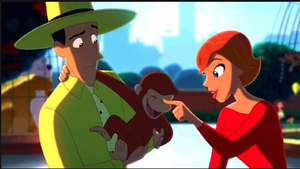 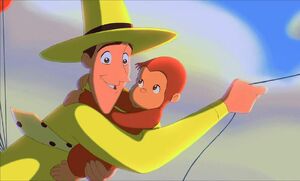 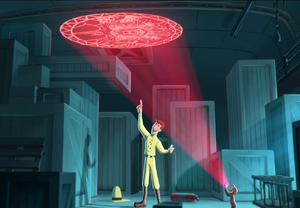 Ted and George realizing that the mini idol is actually a map to the real Lost Shrine of Zagawa. 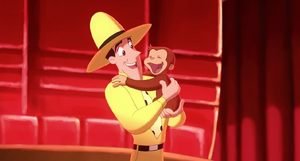 Ted and George in front of the real 40 ft. Shrine of Zagawa. 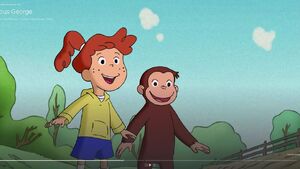 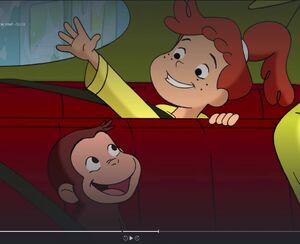 George & Allie in the car wash 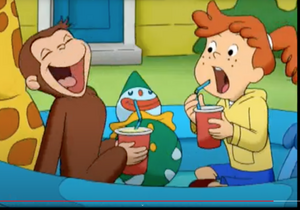 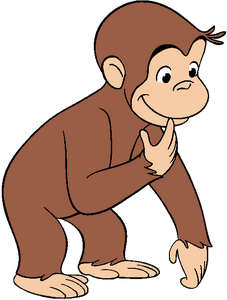 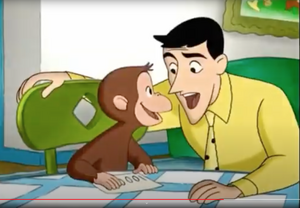 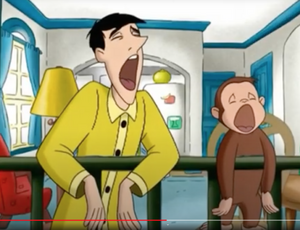 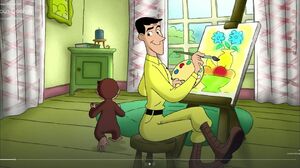 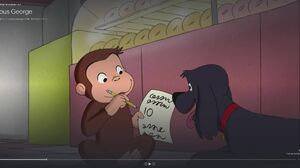 Retrieved from "https://hero.fandom.com/wiki/Curious_George?oldid=2162509"
Community content is available under CC-BY-SA unless otherwise noted.