Heroes Wiki
Register
Don't have an account?
Sign In
Advertisement
in: The King of Fighters Heroes, Female, Alter-Ego,
and 40 more

To Return to the normal World (succeeded).

Cutie Terry, also known as Fatal Cutie Terry, is an alter-ego and protagonist from the video game SNK Heroines: Tag Team Frenzy, She is the female alter-ego of Terry Bogard after been abducted into the dimension created by Kukri.

During a time after the events of The King of Fighters XIV, Terry wakes up into a dimension with other female friends, To her suprise she found out, she/he has a female body which put him in a embarrising situation, but nonetheless still help the others to escape from the dimension. It was not, Until the end of the game that, It was revealed that Kukri was not evil, and also allowing her and the others to go from the dimension in peace.

Like her male counterpart, she has the same hair color, eye color and skin color. She wears a white midriff which shows off her cleavage and wears a red vest with a white star on the back and short blue shirts and red and white sneakers and black fingerless gloves. Her cap says Fatal Cutie instead of Fatal Fury.

Terry is shown to be incredibly shy and quite insecure with her female body, She has however all the same traces as her male counterpart, she is dedicated, selfless, charismatic and also empathetic to others, It is important to note however, That at the end of the game, She appears to be more comfortable with her body and a bit more flirtatious. 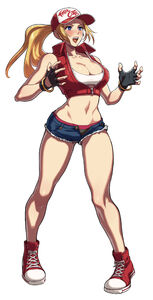 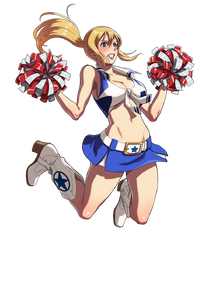 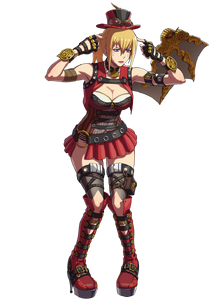 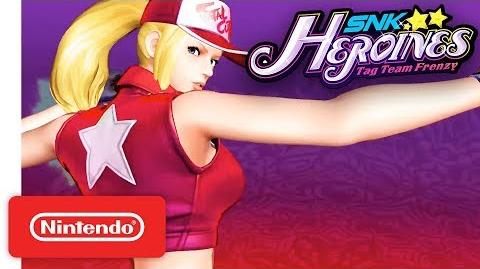