Acrobatic skills
Leaps high into the air
Can fight

To protect herself and those she loves from her evil creator

Cybersix, also Cyber 6, is the titular character of the Cybersix series. She made her debut as an underground Argentine comic book series in the comic magazine, "Scorpio" in 1992. The series was adapted into a poorly-received live-action television series in 1995, and was again adapted into a better received Saturday morning cartoon series.

As her superhero persona, when she goes out into the night, she wears a black leather outfit which consists of a hat, red-lined cape, cropped gloves, and high heels. She naturally has incredible strength and an athletic build and skills due to her acrobatic genes. Because of this, she is able to defend herself against thugs and villains sent by Doctor Von Reichter.

Cybersix's secret identity is named Adrian, who is also often described as a Clark Kent persona. His personality is nerdy, he likes to read and teach literature. He wears large round glasses, slicks his hair back, and wears a formal blue suit, an orange tie, brown shoes, and sometimes wears a brown trench coat outdoors.

Cybersix was born in a laboratory somewhere in the Brazilian rainforest, along with 4999 other children, that the evil genetic scientist, Von Reichter, named the Cyber Series. They were meant to be the perfect army, but when they reached a certain age it was discovered that a mistake in their genetic coding caused them to become rebellious, so Von Reichter ordered for their immediate destruction. Cybersix was able to escape the massacre, with the help of a slave in the local village. But she had to escape once again once her presence was detected. So she ran away to the neighbouring country of Argentina to a city called Meridiana. Along the way, she discovered a recently deceased boy, and due to their physical similarities, she took on his identity as Adrian Seidelman. She found an apartment to live in, got an education, and finally a job at the local delinquent high school. 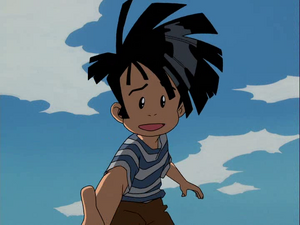 Cybersix as a child. 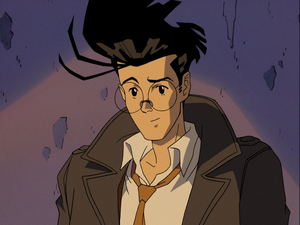 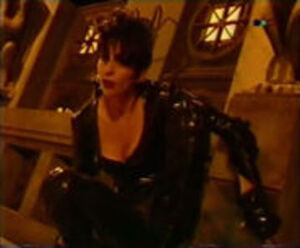 The live action Cybersix
Add a photo to this gallery
Retrieved from "https://hero.fandom.com/wiki/Cybersix?oldid=1788942"
Community content is available under CC-BY-SA unless otherwise noted.