Cyborg Tails is the cyber-genetic clone of Tails in Sonic Boom. He was created to help Team Sonic defeat Hypnobot. Afterwards, he and the rest of Team Cybonic protected Roboken from Eggman and other threats.

He was created with Tails' DNA to help Team Sonic and make him immune to Hypnobot's signals. Even after he completed his purpose, he continued on protecting Roboken alongside Team Cybonic.

He appears in season 2 of Sonic Boom. 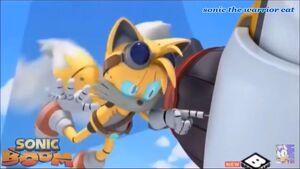 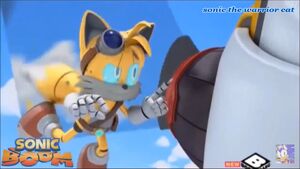 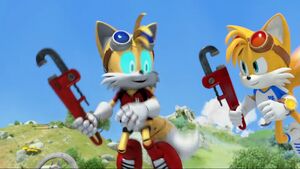