Free Malefor from his imprisonment (formerly)

Aid Spyro in defeating Malefor and his army of Apes (succeeded)

Cynder is Spyro's love interest and one of the main characters who originted from The Legend of Spyro reboot trilogy. She was once the main antagonist in The Legend of Spyro: A New Beginning, but became a protagonist at the end of the game after being freed from the Dark Master's control by Spyro.

When Cynder is saved by Spyro at the end of The Legend of Spyro: A New Beginning, she develops feelings for the purple dragon. Over times he realizes Spyro truly cares about her and slowly starts to care about him and after the end of the final game admits her feelings for him. In a post-credits scene of Dawn of the Dragon, the two are seen flying away together.

In the Skylandrs franchise, Cynder is quite different from her original form in The Legend of Spyro series. She is a Skylander under the Undead element. She has shadow dash, which summons ghosts that attack enemies while speeding forward as a shadow, bleak lightning, which shocks enemies, and even has a ghost ally (possible with soul gem from Molekin Mine). As a dragon, she can use use her wings to fly, much like Spyro, Drobot, Whirlwind, Swarm, Sonic Boom, and Scratch.

She was voiced by Tobie LaSalandra, and later by Erica Linebeck in Skylanders: Imaginators. 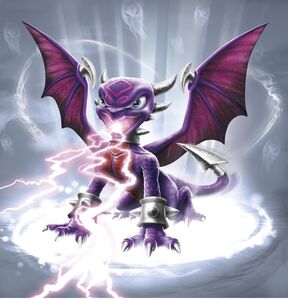 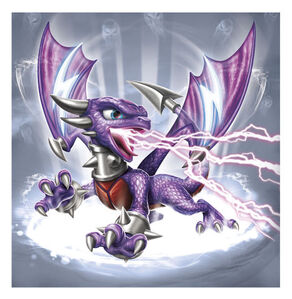 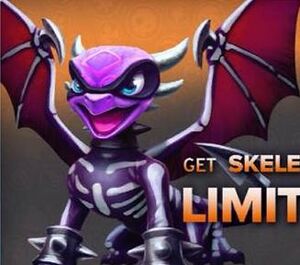 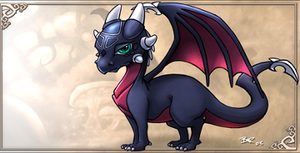 An adult looking Cynder being corrupted by Malefor 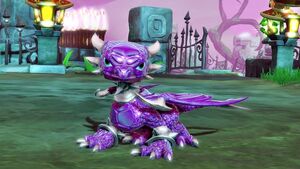 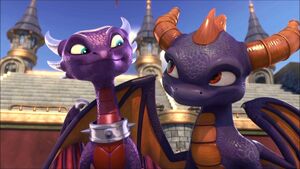 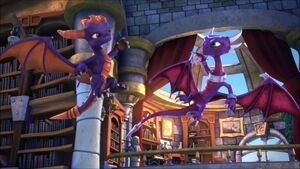 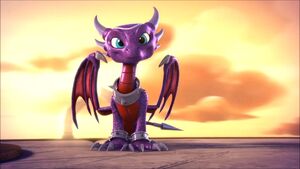 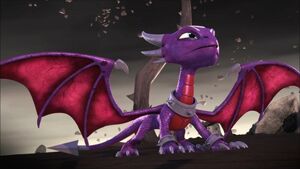 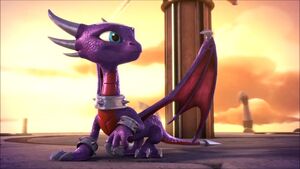 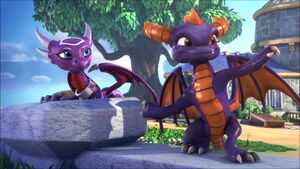 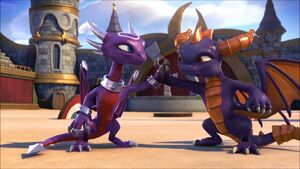 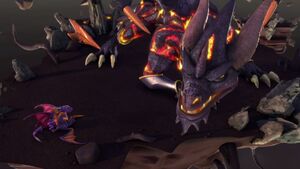 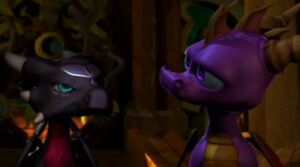 Retrieved from "https://hero.fandom.com/wiki/Cynder?oldid=2001109"
Community content is available under CC-BY-SA unless otherwise noted.