Animal
Cyrus is the character of The Star.

He is voiced by African American actor Tyler Perry, who was famous for playing Madea.

He is a brown camel and have brown eyes.

He is confident know-it-all and always wrong.

Cyrus, Felix and Deborah, arrive at the home of King Herod. The wise men reveal their gifts of gold, frankincense and myrrh.

Cyrus and other animals help Bo escape and he catches up with Dave and Ruth while spotting the soldier and his dogs.

Cyrus, camels and Dave arrive and dispatch with them by having them hang from a cliff.

Cyrus and other animals, shepherds, and three wise men arrive to see baby Jesus, and Bo realizes that he has been carrying the new King the whole time. Deborah predicts that this event will be remembered around the world for years to come. 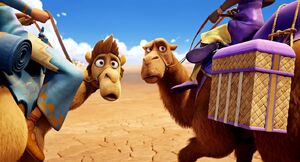 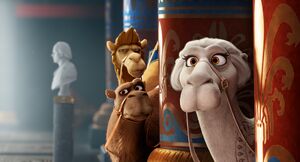 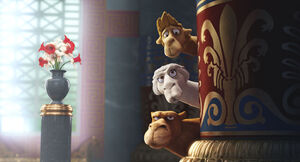