Images of DJ Walters from the 2006 film, Monster House.

DJ and Chowder looking at the basketball on Nebbercracker's lawn. 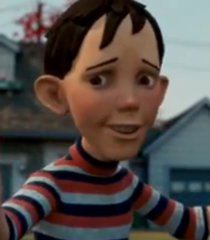 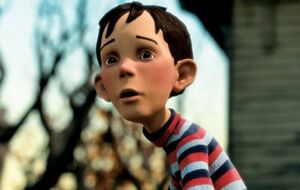 DJ and Chowder look on as Old Man Nebbercracker is taken away in a stretcher.

DJ talks with Chowder at the construction site.

The boys sigh dreamily after catching a glimpse of Jenny

DJ introducing himself to Jenny Bennett

DJ and his friends meeting with Skull. 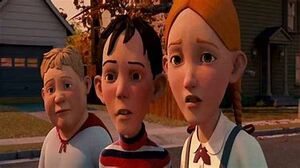 Chowder, DJ, and Jenny are horrified when Landers says that they are going to jail

DJ, Chowder, and Jenny scream in horror as they watch Lister being attacked 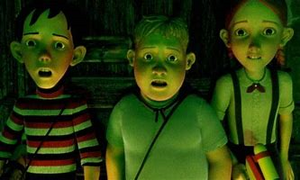 DJ and his friends inside the house.

DJ screams when he sticks his nose to Constance's nose.

DJ and his friends as Nebbercracker is revealed to be alive.

Believing they have won, DJ and Jenny embrace

Jenny saying goodbye to DJ and Chowder while suggesting that they get together again in the near future. 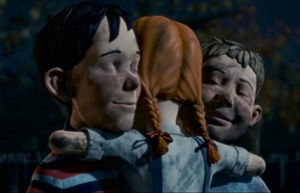 DJ and Chowder being hugged by Jenny 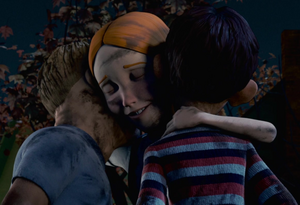 DJ and Chowder waving goodbye to Jenny.
Add a photo to this gallery
Retrieved from "https://hero.fandom.com/wiki/DJ_Walters/Gallery?oldid=1673521"
Community content is available under CC-BY-SA unless otherwise noted.