Daichi Misawa, known in 4Kids as Bastion Misawa, is a highly analytic duelist who resides in the Ra Yellow dorm at Duel Academia. Daichi is a mathematic genius who covers his cards and the walls of his room with endless numeric formulas, believing that everything in life can be calculated arithmetically. The neglect of his character is a running gag throughout the series in both incarnations.

Originally a friend and sometimes rival of Judai Yuki, Daichi's role in the anime slightly decreases as each arc passes, although his role in the manga does not.

Daichi's usual outfit consists of the standard Ra Yellow. His black hair is neatly arranged, with a large portion flushed back and slightly to his left, featuring different layers where the sloping changes direction. He carries a Duel Academia-issued duel disk on his left hand.

Despite his protests that such feelings are illogical and irrational, it is implied that Daichi has feelings for several female monster cards seen throughout the series, his primary crush being "White Magician Pikeru", but it is to believe that he is crushing on other cards and other girls, like during the beginning of the Genex Tournament he couldn't attack "Possession-Equipped Hiita", because he liked her and when a doll named Alice showed up, he wished her to be with him instead of Tyranno Kenzan. In the dub, Daichi speaks with a British accent. In the Japanese version, Daichi occasionally addresses Jaden as "Ichiban-kun" meaning "Number one".

His given name in the Japanese version means "great intellect", reflecting his Dueling style and character.

Daichi came in as #1 in the entry examinations and is generally regarded as the best newcomer student. He and Judai Yuki first met during the examinations, with Judai referring to him as "#2," and himself as "#1." After seeing Judai defeat Cronos de Medici, Bastion himself agrees with these titles.

After defeating Jun Manjoume in a public duel, Daichi is offered entrance into Obelisk Blue but declines, saying that he promised himself he would not advance to Obelisk Blue until he was the #1 duelist of the freshman class and in order to do so, he would have to defeat Judai, who he viewed as #1. He builds a seventh deck, seemingly based off his Water Deck which is devoted to sealing certain cards so that an opponent will not be able to Summon most of his or her monsters. Daichi uses the seventh deck against Judai, preventing the use of "Fusion" with "Cursed Seal of the Forbidden Spell", therefore keeping Judai from calling forth his stronger monsters but is still defeated when Judai uses a combination of "Elemental HERO Wildman" and "Cyclone Boomerang" to destroy his spell and trap cards.

Due to his skill, Daichi is one of the seven duelists that receive a Spirit Keys to the Spirit Gate that can unleash the Three Phantasms cards. Daichi only duels one of the Seven Stars Assassins, Tania. Although Daichi uses his "Magna Warrior" monsters, which use opposing plus and minus charges to stop his opponent's attacks and fuse to become stronger, he loses. Afterward, he is stripped of his free will to a degree and becomes infatuated with Tania. He returns to normal after Judai defeats her and she runs off, leaving her Dark Item behind.

At one point during the second year, angered by the fact that he was not considered for entry into the Society of Light, Daichi challenges Takuma Saiou to a duel in order to prove his strength and disband the Society. Manjoume, however, takes Saiou's place, and although Daichi has the means of being victorious, Saiou takes advantage of his self-doubt and desire to be accepted, convincing him to intentionally lose to Manjoume and finally join the organization.

Following his conversion, Daichi is relegated to the sidelines, watching helplessly as other Society members are given the opportunity to duel Judai and convert other school members into their group, while he himself is assigned no such tasks. He tries to show loyalty to the society by bleaching his hair white, but nobody notices him. When the Genex Tournament started, he tried to challenge Prince Ojin to a battle, but Saiou battles the latter instead. After weeks of such torture, as well as a conversation with Dr. Allbert Zweinstein, he becomes "enlightened" about his worth as a duelist and as a person and leaves the Society of his own accord to pursue his goals.

After leaving the Society of Light, Daichi follows Dr. Zweinstein back to his laboratory and becomes his impromptu apprentice, helping him with an experiment in quantum mechanics. However, the experiment goes wrong, and Daichi is flung into the same alternate world that Judai and his friends, as well as the entire Duel Academia main building, is pulled into after Judai's duel with Professor Cobra. There, he wandered the world for an indeterminate amount of time, until he was finally reunited with his friends. When Rei Saotome is found injured, Daichi offers to help her get the medical attention she needs by locating a submarine he had spotted earlier in his travels, and attempting to use it to get her out of the campus building and to a hospital. After volunteering himself to Judai and co.'s mission to rescue Johan Andersen, who was still trapped in an alternate dimension, Daichi meets up with Tania again, who herself was pulled in from her own dimension. The two wander around to protect the dimension's inhabitants. He later comes to inform Judai about Yubel's plan to unite all 12 dimensions together and then urges Judai to accept the Supreme King because the Supreme King is a part of his soul, and without him, he will not have the power to stop Yubel.

Daichi decides to stay in the alternate dimension with Tania which is where he is presumed to still be. However, among the silhouetted images of duelists that Darkness shows to Judai is one that strongly resembles Bastion. He was presumably restored after Judai defeated Darkness. 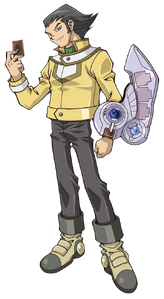 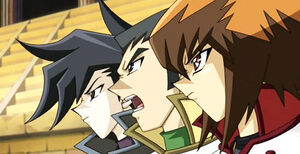 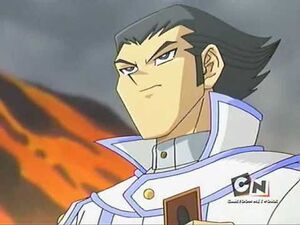 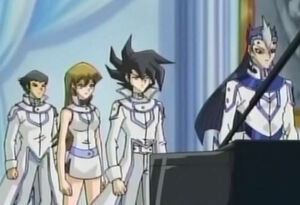 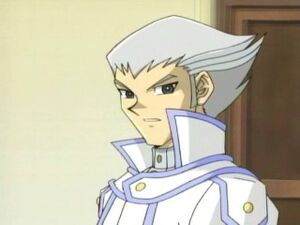 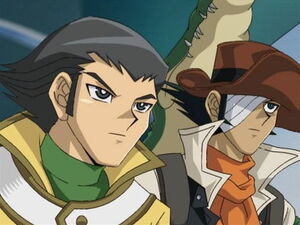 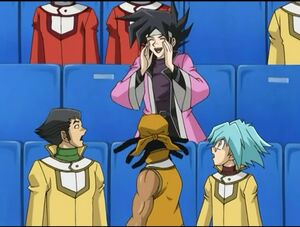 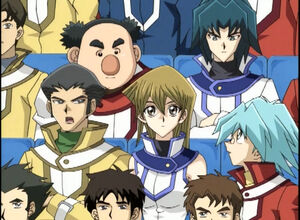 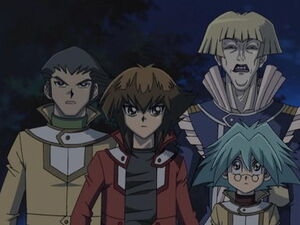 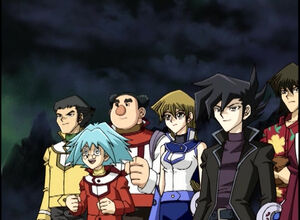 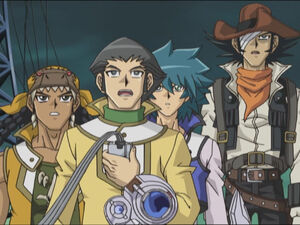 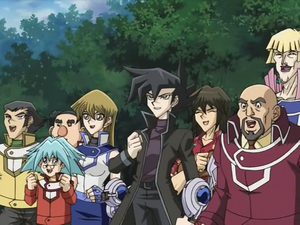 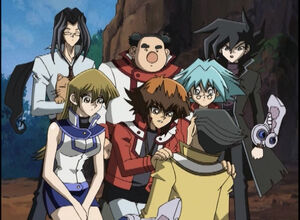 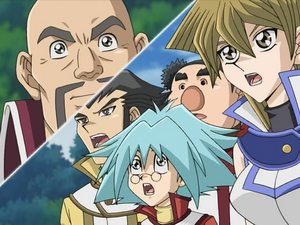 Retrieved from "https://hero.fandom.com/wiki/Daichi_Misawa?oldid=1518074"
Community content is available under CC-BY-SA unless otherwise noted.