Guardsman of the Orderrealm of Seido (formerly)

Mercenary
Emperor of Outworld (in his MKA ending)

To protect Orderrealm from evil threats

Dairou is a former Seidan guardsman turned mercenary and an anti-hero from the Mortal Kombat series of fighting games.

Dairou was once a highly respected guardsman of the Orderrealm of Seido similar to Hotaru. However he was imprisoned in disgrace after he killed a man that he was led to believe murdered his family. However Dairou escaped prison during a riot incited by the Resistance, emerging a changed man. He could no longer serve the ways of Order, but could not bring himself to dedicate himself to Chaos, becoming a mercenary entrenched in the Seidan underground.

At one point in his career, Dairou was hired by Damashi to free Shujinko from a Seidan prison. He later received an assignment from Darrius to steal the Constitution of Seido and kill the elite Seidan guardsman, Hotaru. It is unknown if Dairou succeeded, but he and Hotaru returned for the final conflict of Armageddon. In his Armageddon ending, Dairou's defeat of Blaze rewarded him with a suit of golden armor.

However he was then attacked by Shao Kahn, who was enraged that the prize had been denied to him, only for the armor to burn him each time he tried to land an attack. Finally, Dairou defeated Kahn and took control of Outworld, the realm prospering as it once had before Shao Kahn took power. Soon Edenia and Earthrealm forged alliances with Outworld to ensure peace in the realms.

During the Battle of Armageddon, Dairou sided with The Forces of Darkness and like all other Kombatants save for Shao Kahn, was killed in the battle.

Dairou is a skilled fighter due to his training amongst the Seidan guard and uses a stealthy fighting style relying on pop-up attacks and strategy, as opposed to powerful projectile attacks. He can slam his body onto the ground to send his opponent into the air and switch places with them, which is useful if he is backed up into a corner. 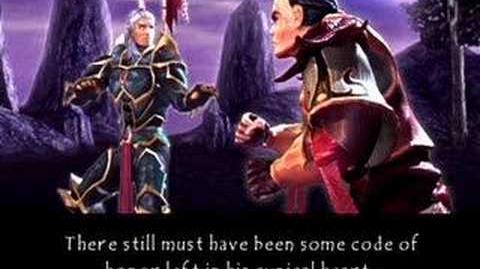