To be with Otis (Succeed in the first movie)

Daisy is the tritagonist in Barnyard.

She is voiced by Courtney Cox.

Daisy used to live on a farm, had a husband, and was pregnant with her first calf. She enjoyed her life with her family, but then a flash flood rolled into the farm. She and Bessy found refuge in the meadow, but when the storm was over, everybody was killed. Later, the Farmer took her and Bessy and they met the other animals.

Daisy is very sweet, loyal, caring, honest, and trustworthy. She was the one who encouraged Otis to stay at the Barnyard and protect his best friends, and she even named her child after Ben.

At the start of the film, she was rather shy due to being new to the Barnyard, but Otis made her and Bessy feel welcome. She has a loving relationship with Otis.

Daisy is a cream-brown colored cow with a pink snout and udders. 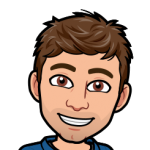