Dancing, spending time and hanging out with friends

To be with her boyfriend Terry (Succeeded)

Dana Tan is Terry McGinnis's love interest, girlfriend and later fiancée in the Batman Beyond series.

Terry met Dana when they were in Hamilton Hill High School. They later began dating each other despite Dana's father's disapproval. Dana's father didn't like Terry because of his juvenile background and doesn't want his daughter to be with him. Dana's relationship with Terry was unrelaxed after Terry became Batman. He brings out his job with Bruce Wayne for his cancellation of their plans.

Fifteen years later, Dana learned of Batman's identity and accepted Terry. After learning of his bloodline with Bruce, Terry decide to marry Dana while being the Batman. 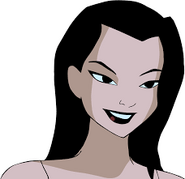 Dana in Batman Beyond comic book

Dana and her boyfriend, Terry 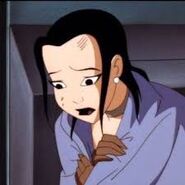 Dana give Terry a kiss on the cheek

Dana in Batman Beyond TV Series

Dana refuse to forgave Terry for ditching her, because of his work

Dana is worrying about Terry

Dana and Terry's Dance of Romance

Dana as an adult in the Justice League: Unlimited episode, "Epilogue".
Add a photo to this gallery
Retrieved from "https://hero.fandom.com/wiki/Dana_Tan?oldid=1616028"
Community content is available under CC-BY-SA unless otherwise noted.