To fight evil
Save the world from deadly peril (ongoing)

Danger Mouse is the world's greatest secret agent, so secret in fact, that his codename has a codename. He is the protagonist of the British animated television series of the same name which was produced by Cosgrove Hall Films for Thames Television.

He was voiced by David Jason (who also voiced Count Duckula and Mr. Toad) in the original series which ran from 1981 to 1992 and Alexander Armstrong in the revived series in 2015.

Danger Mouse is a thin and tall figure, who wears an all white jump suit, with a small D.M. logo on his chestwith a titanium alloy red badge (which saved him on a couple of occasions). He also wears a black eyepatch over his left eye but it revealed that he only wears it because it is part of his suit, especially when he wears it on the wrong eye in one particular episode. In 2015 reboot series, he is given a eyepatch-like gadget called the IPatch.

In the series he is shown to very agile and an expert gymnast which is shown on one episode when he balances on his finger. He also knows the ancient martial art of Kung Moggy.

He often says "Penfold, Shush" when his assistant is talking too much or panicking while shrieking, "Oh Crumbs!" When caught in a dangerous situation. He is brave, courageous, good-hearted and always willing to lend a hand. In fact in one of the episodes the narrator says: "He can get you out of a jam or even a marmalade come to that." He likes making joke puns and knows over thirty four different languages.

Whenever Colonel K contacts him with a new mission he's on it straight away urging Penfold to come with him despite his assistant's many excuses. No matter what the situation is, Danger Mouse is always ready to help out. However, he is not without flaws: Danger Mouse can be vain due to his overconfidence in his abilities, which sometimes leads him to take actions that unnecessarily create risky situations.

Danger Mouse (also called "DM" by Colonel K and "Chief" by his assistant Penfold) is an antromorphised mouse and is known through out the series as the greatest secret agent in the world, a secret agent so secret that even his codename has a codename.

DM's headquarters are in London where he lives in a red Royal Mail Post box with his hamster assistant Ernest Penfold who frequently annoys him with his constant bumbling and misinterpreting of instructions. DM pilots their modes of transportation the Mark III (a car with wings) and the Space Hopper (a space rocket) which remarkably both have steering wheels.

Throughout the series, Danger Mouse along with Penfold battle many villains (mostly Baron Silas Greenback) 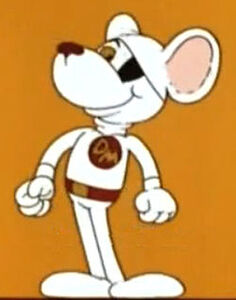 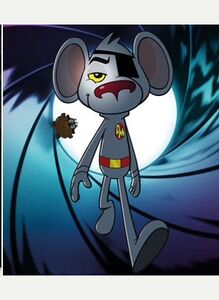 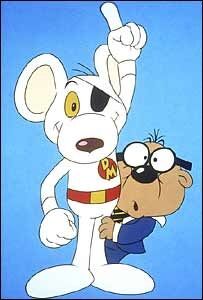 Danger Mouse with his sidekick Penfold. 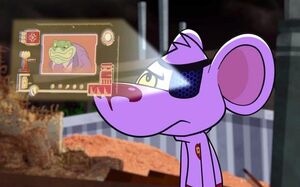 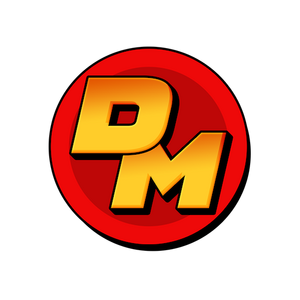 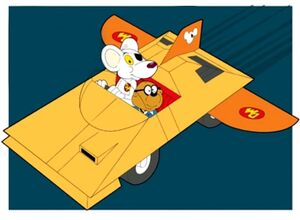 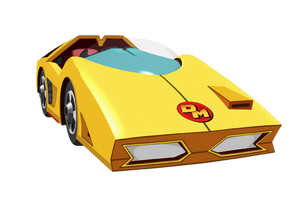 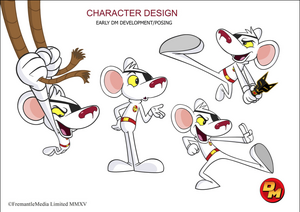 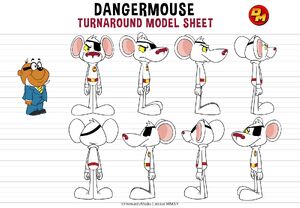 Retrieved from "https://hero.fandom.com/wiki/Danger_Mouse?oldid=2325427"
Community content is available under CC-BY-SA unless otherwise noted.