Become a sex appeal dancer with another wild wild girls.

She is portrayed by Kelly Brook.

When Derrick and his crew arrive in town for spring break and a t-shirt contest Danni makes her first appearance at the docks. Danni sits down next to Laura waiting for Derrick to finish get what they need. When she sits down next to Laura she sees the young girls musical instrument and says "Nice Horn" Laura thanks her then complements her on her boobs. Danni then smiles and tells Laura "Thanks" the kid then goes on tell her about problems she has. Danni feels bad for the young girl asking Laura to tell her all about her problems. It's then Danni can see that Laura is waiting for someone and how bored she is so Danni decides to break up the boredom by asking who she is waiting for. Laura then her tells Danni that she is waiting for her brother Jake Laura then tells Danni about how her brother will also like Danni's breast. As Laura tells Danni this she does it to make fun of her brother while he is not around telling Danni that is the only thing he will like about her and nothing else. Danni then says in annoyed voice "They All Do"" Jake then shows up to take Laura home who then ask Jake very rudely what happened to him. Laura's rudeness causes a fight between Laura and Jake Danni ends the fight between the two siblings by flirting with Jake. Laura still continues to be embarrass Jake by telling telling him not to look at her boobs. Jake then gets upset with Laura Danni then turns to look at Laura with a surprised look about how obnoxious Laura is being. But Danni ignores it smiles and can't help but laugh because she likes Laura's personality. Danni once again tries to stop the argument between the two by telling Jake how she likes his shirt. Jake then thinks that she wants to make fun of him and his shirt just like everyone when Danni hears about how other people have been picking on she feels bad him. She admits to him that she doesn't want to make fun of him or lie him she real likes the shirt and likes him.

Danni Arslow is a wild wild girl who is friends with Crystal Shephard and works for Derrick Jones. She also likes Jake Forrester and his little brother and sister. Danni was seen one day dancing with Crystal in their sexy bikinis. Crystal ended their dance by motor boating Danni then Derrick invited Jake and Kelly Driscoll to join them on their filming. While looking a location for a film Danni still developed a crush on Jake and teased him about Kelly. Once the group found a location Danni and Crystal swam in the lake and began skinny dipping. Later Danni heard Jake noticing his little brother and sister and knew they were waving for help. While taking Jake and the kids home Derrick's boat crashed into a rock causing him and Crystal to fall into the water. Crystal was eaten alive but Danni pulled Derrick back to safety although he was chewed by the menacing piranhas. Danni covered Derrick with a towel and began crying for loosing him and Crystal. As soon as Officer Forrester arrived to rescue Jake and Kelly she decided Danni would go first to get out of the sinking boat and Laura and Zane followed. While crossing the line the piranhas started biting Danni's hair and her shoulders causing her to scream in pain and loosing her balance. Her face was chewed away then lost her grip falling in the lake being eaten by the carnivorous fish. Danni was soon avenged after killing the piranhas and she would never be forgotten.

Actress Kelly Brooks said that her character Danni is there to corrupt the young people to get them involved in the antics that she does. But see is different from the other wild wild girls while she tries to convince others into joining her fun she is like a big sister to the other girls and to the other people she befriends. The film director Alexandra Aja reveals that Danni is a girl that could have done something else with her life or could have become someone else but she willing chose to be a wild wild girl. Danni knew that she was beautiful and decided to use her beauty to her advantage of luring people into liking her. Because has been a wild wild girl for a long time Danni is a girl who knows how out of control spring break parties can get and she enjoys that. Because of her sisterly role and not being like the other girls actress Kelly Brooks also mentions that Danni has a big heart.

While Danni wants to corrupt others into getting into trouble, causing mischief and misbehaving. Unlike her boss Derrick and the other wild wild girls who also corrupt others Danni actually cares for the people she befriends. Kelly Brooks mentions that the character Danni entices the young boys to show Derrick's crew around in towns and cities that they visit. While Danni knows how cruel Derrick can be it is mentioned in an interview Danni, Crystal, Derrick, Andrew and the other wild wild girls are a team working together. Whenever Danni is around she brings a lot of action to liven things up. As a wild wild girl it's Danni's job to bring young boys into the world of sin which is revealed by Andrew's act Paul Scheer.

But while bringing young people into the world of sin she knows that in this life style she lives everyone only cares and looks out for themselves she knows that there aren't real friends in a life of sin which is why she is friendly to others. She wants to be different from here sinful friends and show real compassion for others but at the same time she doesn't want to leave her sinful life behind. Kelly Brooks talks about how it Danni's job as a wild wild girl to feed into the fantasies of who watch the porn videos that Derrick makes. Danni is a fun loving energetic girl who is friendly to everyone she meets while she might been kind Danni is also wild. She is very cheerful, lively as well as mischievous. Because Danni is used by her boss to get people to show them around a new town Danni will stalk people to find out who will be the best person to help them once she finds the right person for the job she uses her charm to convince to help them explore the town. Despite her good nature Danni is also a girl who loves the attention she gets she enjoys having the spot light on her while she will offer help to others Danni also has a greediness to her enjoying the benefits she gets from her porn videos as a wild wild girl. Danni is the kind of girl that most parents and grandparents wouldn't let their teenage children or grandchildren hangout with because of what she does for a living. Danni knows that it can things can get crazy living the life style that she lives but enjoys the craziness. Despite being a wild wild girl Danni is a girl with class an example of this is revealed when her underwater scene is referred to as underwater ballet. 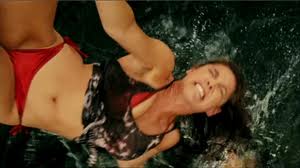 Danni's death.
Add a photo to this gallery 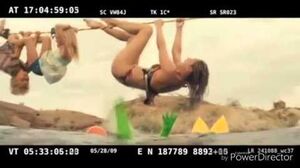 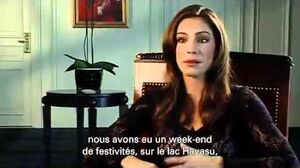 Retrieved from "https://hero.fandom.com/wiki/Danni_Arslow?oldid=1788451"
Community content is available under CC-BY-SA unless otherwise noted.