Mr. Rosen
Hayden Montag
The Draug
The A'kab
The Bogeyman

Danny Dufresnse is a character from the MMO, The Secret World. Initially only introduced as a side character, Danny is gradually revealed to have had an exceedingly intimate level of dealings with the super-natural of Solomon Island Maine, long before the current undead invasion.

Solomon Island was a small fishing community is Maine USA. The Island was founded by the Illuminati, one of the great Secret Societies that secretly control the world. As the Illuminati rule from behind the scenes, the island was never publicly ruled by anyone but this also meant a variety of local politicians seemed to be far more influential than one would expect as well as knowledgeable about the secret world. The Island's main town of Kingsmouth is where most of the fishing occurs, but one day, one of their ships was lost out on the ocean, The Lady Margret. The crew of the Lady Margret would eventually return, but half-dead, traumatized and returning with them was both a thick fog and a golden sword. The sword was the focal point of all the crew's collective dementia and they handed their find from out at sea over to town-hall. Standard Illuminati procedure saw the blade shipped off to the Illuminati's private-prep-school of Innsmouth, where, in addition to secretly training students as magi, they collected and cataloged various magical items.

Danny was the first to notice something off about the Fog, and he disappeared for a of day to do research. Danny contacted both his friend Carter and deputy Andy Gardener, who was one of the more open-minded, if naively so, police in town. Andy had been looking for Danny since he vanished and so Danny knew he would leap at the chance to hear what he had to say. Carter was a student at Innsmouth, and so she not only knew of the supernatural but had actually begun to harness magic as a concept. Danny told both when he met them that the Fog was cursed, that monsters from the sea were coming and the town was in danger. While Andy believed Danny, he had no-idea of how the protocol for that sort of thing would work and was far more relieved to know Danny was just still alive. Carter was a little more wary, and told Danny she would be ready. Andy's supervisor Helen Bannerman, saw to it the details of Danny's warning never spread but on Andy's advice on behalf of Danny, she also saw to it the Academy was watched for any suspicious activity.

As predicted by Danny, danger arrived from the ocean a few days later in the form of The Draug. The Draug were undead mariners who died at sea due to the cursed Fog. The Fog itself was attached to the sword and so when it was bought back the Fog was bought back with it, and soon after that The Draug as well. The Draug used a siren-song to place residents into a hypnotic trance and lure them out-to-sea where they drowned. Upon death, the towns folk were raised as zombies, some of the dead were impregnated by the Draug and used as Incubators to hatch yet more Draug, while the rest of the zombies worked as foot soldiers for the invasion, killing more people, to be re-purposed as zombies and thus perpetuate the Draug breeding cycle. The only people not affected by the initial siren-song were either asleep, obstructed from getting outside or mystically protected. It is unknown precisely how, but Danny was able to escape the siren's call, likely either by barricading himself in or with make-shift wards.

Danny is first encountered by the Player, on their investigation mission of the locals of Solomon Island for their respective faction, either the Templars, Illuminati or The Dragon. Danny instantly realizes the Player is a special agent of some kind sent to deal with the zombie invasion. Danny tells the Player they are not the first one there and scary government types in black suits had set up a road blockade to the north. Danny says it is a little scary how they operate but he is glad they are on the town's side, he then attempts to clarify as to if they are in-fact on their side. Danny says the men in black have some real high-tech machines and comments on how he would love to get his hands on some to take them apart. With Danny's advice the Player will go following the Men in Black's trail and find they are Orochi, a private company with experience dealing with, covering-up and profiting from the supernatural. As Orochi range from rivals to outright enemies of the three main factions, The Player will be motivated to help Danny uncover the secrets of why the Orochi are there and how their technology works.

With confirmation that the Orochi were up o something and a lay-out of their level of technology upon completing the Men in Black Vans mission, the Player will return to Danny to give him a taste of what is going on. With the info on Orochi, Danny initiates a new plan. Danny states that the airport was seized and turned into some sort of base for Orochi. Danny had been trying to fly his plane over the base to take photos with his miniature camera but ever time it got close it went down. Danny suspects and EMP signal is being broadcast around the airport and so the Player is sent to covertly enter and disable Orochi's EMP generators. With the generators down, Danny flies his plane in again and takes several photos of the Orochi operation, revealing they were gathering up and dissecting Draug. Danny shares his photos with the Player, all three Factions are grateful to have hard evidence of Orochi's involvement, and while none are willing to act on it they all appreciate Danny's aid in giving them a solid lead on Orochi operations. The Templars consider Danny an altruist to their causes, The Dragon are pleased Danny has found a way of turning an everyday sight like a model air-plane into an information source, The Illuminati are pleased to have high-quality spy photos and that if anyone ever does con-on to where they came from it will be Danny who gets in trouble.

The League of Monster Slayers

As revealed in legend entrees, the earliest of which is located close to Danny, Solomon Island has a club of children to teenagers who were aware of and hunted down supernatural threats. The children called themselves The League of Monster Slayers, though easily mistaken for an over-dramatic title for a group of children who played together, the name is in-fact entirely unironic. Long before the fog Solomon Island was a focal point for magic, the Hell Dimensions and deeper darker things from far beneath. Because of these three forces overlapping the island, many creatures were drawn to and began breeding on Solomon Island. With the Illuminati behind the scenes, the policy of the locals with any real power became to simply cover-up the supernatural so as not to agitate their residents. As more and more deaths occurred the monsters' primary victims, the children of the isle, began to take note and banded together for protection. Attempts to seek help from adults saw the children's parents dismiss their pleas as over-active imaginations or pleas for attention. When the children tried to make a scene to impress the importance of being preyed up by monsters the town council arranged for it to look like said children needed psychiatric help. With none of the adults to help them, and possibly even make things worse for them, the children made a League of Monster Slayers, designed to protect themselves and their families from the things that went bump in the night.

Children would grow to teenagers and replenish their ranks before becoming adults. Upon reaching adulthood, the former members were convinced by the Illuminati agents that their memories of fighting monsters were naught but role-playing they had undertaken in their youth, usually with the aid of tranquilizer prescriptions for their nerves, until the memories of the creatures they hunted were too blurred to be distinguished from fantasy. But with new children always set to replace them, the League of Monster Slayers lived on as a legacy for the local minors. The League kept a tree-house in the middle of Black-Goat Woods along the southern coast. In their tree-house, the League met, kept a catalog of monsters encountered, complete with habitat, powers and weaknesses. The League members are presumed nearly all deceased due to the Fog and Draug. But there is at-least one living member of the League still, Danny Dufresne. 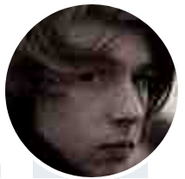 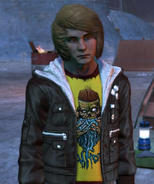 Danny getting his plane ready.
Add a photo to this gallery
Retrieved from "https://hero.fandom.com/wiki/Danny_Dufresne?oldid=1792767"
Community content is available under CC-BY-SA unless otherwise noted.