Doctor Darcy Lewis is a supporting character in Thor (2011) and Thor: The Dark World (2013). She returns in the Disney+ television series WandaVision, as a major character, where she assists S.W.O.R.D. and the FBI.

She was Jane Foster's intern who worked with Dr. Erik Selvig on spatial anomalies, and encountered the Norse god Thor. After helping Thor and Foster stop Malekith and the Dark Elves, Darcy managed to get her doctorate and survive the decimation in 2018. After the Avengers undid the snap, Darcy began to work with S.W.O.R.D. and the FBI to investigate Westview.

She is portrayed by Kat Dennings, who also played Max Black in 2 Broke Girls.

Darcy is an intern who assists Jane Foster in her scientific experiments, and a colleague of Dr. Erik Selvig. She was with Jane when they first encountered Thor.

Darcy is somewhat of an airhead, but is peppy and has plenty of book-smarts. She usually stays on the sidelines delivering quips to lighten the mood.

Darcy was born on April 1, 1988 and became a student at Culver University where she majored in political science, and became an intern of Jane Foster and Dr. Erik Selvig. Though she took the internship for college credits, she was the only applicant for Foster and Selvig on finding spatial anomalies.

In Thor, Darcy and the group meet Thor in New Mexico after he was banished to Earth for his recklessness, and Darcy tased him due to him freaking her out. The group was forced to take Thor to the hospital, and they later met with him and gave him clothing. Darcy and the group later learned that he was a Norse god, with his friends, Lady Sif and the Warriors Three, arriving on Earth. After Thor saved the Frost Giants from his adoptive brother Loki, Darcy worked with Jane and Selvig on finding Thor since the rainbow bridge was destroyed.

In Thor: The Dark World, she takes on an intern of her own named Ian despite still being an intern herself. After he saves her life, they start a relationship. Darcy assists Jane and Dr. Selvig with helping Thor stop Malekith and the Dark Elves from using the aether. After the events of the film, Darcy completed her time at Culver University and graduated with a degree in astrophysics.

Darcy was one of the fifty percent of all life that survived the decimation that was caused by Thanos, who used the Infinity stones to bring balance to universe. The snap would later be undone by the Avengers, who managed to resurrect the other fifty percent and defeat Thanos and his army from 2014.

In the tv series, Darcy is tasked with helping S.W.O.R.D. and the FBI in learning how Scarlet Witch managed to be intertwined into a sitcom with her supposedly dead lover, Vision. Darcy discovers that there are actual people in the town of Westview, and attempts to make contact with Wanda. 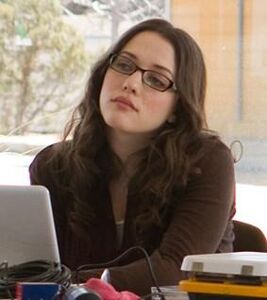 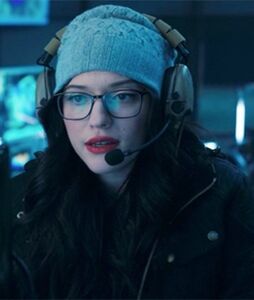