Tales of the New Teen Titans #4

Alien Superhero
Ryand'r also known as Darkfire, is a superhero from DC Comics he is the brother of Koriand'r and Komand'r

he has made cameo appearances in issue 46 of Teen Titans Go! And DC Superhero Girls

Ryand'r is the Prince of an alien race known as the Tamarans. Five years before Starfire's arrival on Earth in the episode Go!, the Gordanians invaded the planet Tamaran. The lush planet was soon ravaged and war-torn. As the threat of a takeover by the Gordanians became even greater, Wildfire was secretly sent away to an unknown part of space in order to preserve the royal family line of Tamaran, and has not been heard from since. 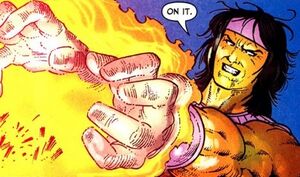 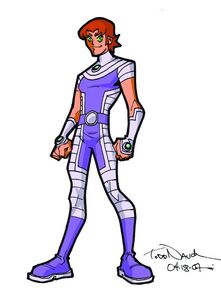 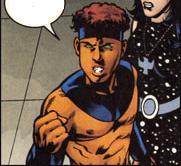 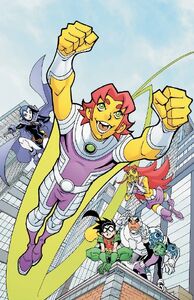 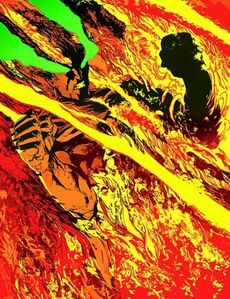 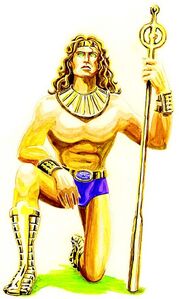 Retrieved from "https://hero.fandom.com/wiki/Darkfire?oldid=1689999"
Community content is available under CC-BY-SA unless otherwise noted.