Dawnmaster is is a master thief, mercenary, and ally of Team Core-Tech in Monsuno series. He wears a mask and speaks with a robotic-sounding voice. His Monsuno is Cheeclaw.

When Master Ey hired him to return all the books, Cores and the scrolls from the Bookman, he replaced all books and scrolls with blank copies so he would not raise the Bookman's suspicion. And when Chase Suno, Bren and Beyal came to the Library of Tebab to look for a book that Chase could make a new bond with Lock, he took the book because he thought they were the Bookman's minions. But when Chase stopped him and told him he needed the book, he realized when he was wrong. But after the Bookman captured Chase, he searched for Bren and Beyal and offered them help in rescuing Chase. As they tried to release Chase, he and Cheeclaw took care of Lock. And when he and Chase defeated Bookman and the library was about to explode, Chase asked him to take Bren and Beyal to safety. And when Chase and Lock got out, he took them to the Monastery of Master Ey, where all the books and scrolls he had exchanged were. He even fought with Chase and Team Core-Tech, Dr. Klipse, Hargrave and Desert Wolves, and they defeated them. And Chase and Team Core-Tech helped him rescue a girl named Kimi, who was wanted by the Hand of Destiny. 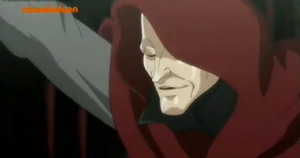 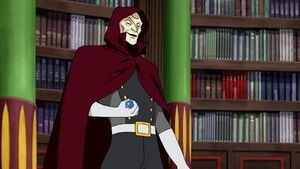 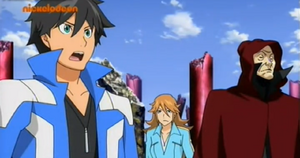 Add a photo to this gallery
Retrieved from "https://hero.fandom.com/wiki/Dawnmaster?oldid=1792772"
Community content is available under CC-BY-SA unless otherwise noted.