Ddraig is one of the two Heavenly Dragons alongside his arch rival, Albion and a protagonist of the light novel and anime series High School DXD. He is known as the Welsh Dragon and Red Dragon Emperor who resides within the Sacred Gear, the Boosted Gear which is wielded by Issei Hyoudou. He along with his arch-rival, Albion are both feared by the Angels, the Fallen Angels, and the Devils due to the fact he has destructive power that is capable of killing both Gods and Satans.

He is voiced by Fumiko Tachiki in the Japanese version of the anime and Christopher R. Sabat in the English version, the former of whom also voices Kenpachi Zaraki.

Ddraig is a large western red dragon, with green eyes

Like his arch-rival, Albion cares about the well-being of his fellow host, Issei Hyoudou. Examples includes giving more of his power to help Issei in his battles against many of his enemies and most importantly saving the latter's life as Issei is about to die by using his powers. Ddraig himself seems to be amused by his host perverted antics and also mused to the latter about how many of his hosts were all chick magnets. Despite being amused with his host, he also feels embarassed about being called "The Breast Dragon Emperor" that such a thing becomes recurring in the series. He also shows great loyalty to Issei, by telling Eluicid Lucifuge that he would never think about trading Issei for another host. He also shows himself to be impressed with Issei's resolve in battle and his ability to make the impossible possible. 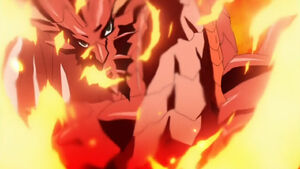 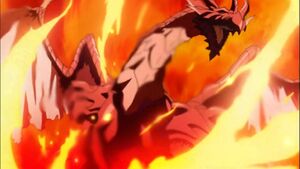 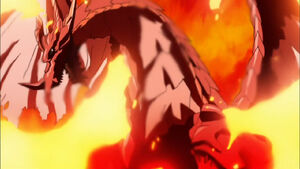