Detective (by Sonny and Lanning)

Prove there is such a thing as a bad robot (succeeded)

Detective Del Spooner is the main protagonist of the 2004 movie, I, Robot. He is a detective who is prejudiced against robots due to a car accident where an NS-4 decided to save him from drowning rather than a little girl called Sarah. He attributes this robot having no soul "Just lights and clockwork."

He is played by the veteran actor Will Smith, who also plays Will Smith in The Fresh Prince of Bel-Air, Agent J in the Men and Black trilogy, Steve Hiller in Independence Day, Mike Lowrey in the Bad Boys trilogy, Robert Neville in I Am Legend, Cypher Raige in After Earth, Deadshot in Suicide Squad, Henry Brogan/Junior in Gemini Man, and voices Oscar in Shark Tale and Lance Sterling in Spies in Disguise.

Before the film, Spooner broke up with his wife, possibly due to his mental health issues and violence against robots. Spooner has a robotic arm, several replacement ribs and an artificial lung courtesy of the USR cybernetics program for wounded cops. Alfred Lanning apparently performed the surgery himself, partially explaining the lengths Spooner is willing to go to find his killer.

Spooner is initially biased regarding his prejudiced opinions against robots. This leads him to come off as paranoid and willingly looking for an excuse to demonise them such as attacking a robot that he believed was stealing a women's purse when in reality was returning it to her. Attributing to this, Spooner was mentally troubled, prone to vivid nightmares, possibly induced by severe Survivors Guilt. He is somewhat of a nostalgic man as he keeps a CD player in his house despite the advanced technology of his time.

Spooner is shown to be not a fan of technology in general, as opposed to just robots. He is a rather old-fashioned person, to the point that his apartment looks like a museum in comparison to the film's futuristic setting. He is viewed as a weirdo by a lot of people due to his hatred of robots, due to the near-unanimous belief that they are harmless. He disagrees, however, instead viewing himself as the last sane person on the face of the Earth.

However, though seemingly distrusting and paranoid, Spooner is not without reason for his opinions on robots. After a car accident that resulted in the death of a young girl and he survived because of a robots interference he required a cybernetic lung and arm. Knowing the robot saved him because he had the higher chance of survival in compared to the girl, he began to view them as cold and logical machines who didn't understand anything about what it means to be human and therefore didn't fit within humans because no matter what the statistics were any human would have tried to save Sarah instead, claiming "12 % was enough".

Despite his insistence that robots are 'just machines', Spooner ironically has a certain degree of respect for them as well, albeit grudgingly so; most people in the film's setting view robots only as impersonal objects or tools, but Spooner, due to his past, knows that they are capable of more, which is why he doesn't trust them. It doesn't change his biased hatred towards them, but he does at least view them as worthy of that acknowledgement and distrust. 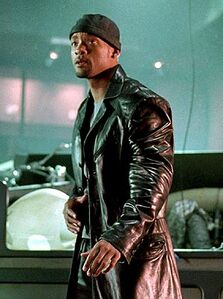 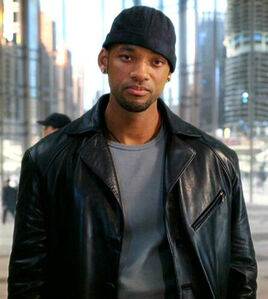 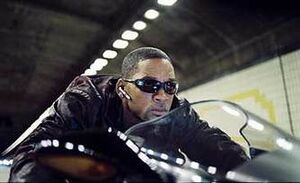 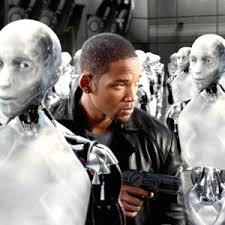