She is played by Summer Gordon and voiced by Brittney Wilson.

Delancy was introduced in the film as a popular, glam diva. She is the spitting image of her mother, except for the eye color. She was a "mommy's daughter." She was also rude to Blair the first moment they met, because of her commoner status. Delancy uses Wickellia to embarrass her by sticking a tablecloth in her skirt.

However, during a trip to the palace, Delancy overhears her, Isla and Hadley talking about how much Blair looks like Queen Isabella. When they left, she looks at the photo of her aunt and uncle, then is overcome by the truth. She feels bad about the way she mistreated Blair when they first met and realizes that she is her cousin, Sophia.

Delancy is usually as shows sympathy for her while she learned about her adoptive family, never wants to aiding her out of fears that her mother would do something bad to her. Delancy took inspiration from Blair and her friends and wore a customized version of her school uniform.

However, she eventually went to against Dame Devin's wishes and saves Miss Willows from losing her home. Delancy crowns Blair with the Gardania's Magical Crown, her mother whom yelled at her for ruins their future. When she learned that Dame Devin deliberately killed Isabella and Reginald just so she could rule that Delancy was shocked then betrayed by her. She watched as the guards arrest her mother and takes her out of the school.

This moment was very hard for Delancy, but she had no choice but let the guards take her away because she realizes how much Dame Devin betrayed everyone in Gardania and Sophia forgave her. Once Blair took on her role as princess, she chooses Delancy as her Lady Royal. She was shocked at her decision and asked her why she chose her as a Lady Royal over her friends, she was cruel to her.

Blair was surely tells Delancy that she wouldn't be taking her rightful place as Princess without her help. She accepts being her job as Lady Royal from her cousin and she is crowned. It was Delancy who secretly invites Miss Willows and Emily over to the palace for a reunion with Blair, during their graduation. 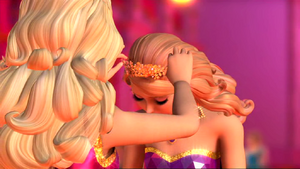 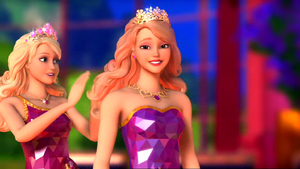 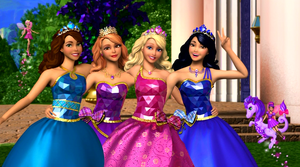 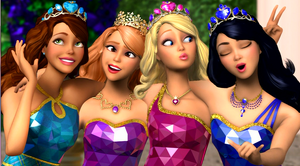 Retrieved from "https://hero.fandom.com/wiki/Delancy_Devin?oldid=1771818"
Community content is available under CC-BY-SA unless otherwise noted.