Demeter is the goddess of flora and overseer of the seasons in Greek mythology. Demeter helped her siblings in the Titanomachy, the war between the gods and Titans for control of the world. Once the gods defeated their Titan forebears Demeter was established as the new earth mother and maintained temperate climates for plant life and by extension farming.

One of the oldest and most well known myths involving Demeter is the myth recounting the lose of her daughter Persephone. Demeter was originally arranged to marry her older brother Hades by their younger brother Zeus however due to her oldest brother, Poseidon, seeking her hand for his own, Zeus pledged Hades the hand of her daughter Persephone instead when she grew old enough. Unfortunately Zeus told neither Demeter nor Persephone of what he had to promise to cancel the betrothal so when Hades came for Persephone it caught nearly everyone by surprise. Demeter became depressed when she could not find her daughter and with her depression Greece experienced it's first autumn. Zeus kept quiet about his deal with Hades and just ignored Demeter's plight rather than get blamed, hoping she would get over it. Demeter wandered the country side looking for her daughter, the plants withering as she did, until she came to the oracle of Delphi. The oracle was a soothsayer with a direct connection to Apollo who preformed various divinations for mortals who came to ask questions. Demeter asked the oracle where her daughter had gone, though Apollo was loyal to Zeus he would not lie to his favorite priestess and told the oracle of Delphi what he knew, in turn the oracle informed Demeter. Demeter became enraged and stormed up to Olympus to give Zeus a piece of her mind and then demand he have Persephone returned to her.

Zeus begrudgingly obliged Demeter and sent Hermes, the messenger of the gods to go to the Underworld and ask Hades for Persephone back. However when Hermes got to the Underworld Hades refused the request and told Hermes that Zeus had made a deal with him and he was not obliged to let Zeus go back on it. When Hermes returned with Hades' response Demeter became heartbroken and with her anguish flora began to die, the weather became cold, the days became shorter, the first snows fell and Greece experienced it's first winter. Seeing Demeter's sudden an inconsolable mood swing and the devastation it brought Zeus decided to send Hermes a second time but this time not with a request but an order to have Persephone returned. Though Zeus knew that by going back on the deal he would only be encouraging conflict with his brother Hades, who by most accounts was just as powerful as Zeus himself, Zeus had to risk it to prevent Demeter from starving and freezing man-kind.

Hades had thought Zeus might try to put his foot down so while Hermes was gone he had convinced Persephone to eat one of his  pomegranates; the significance of this was that in ancient Greek theology it was said that once the residence of the Underworld had been there long enough to eat the food of the dead they were beyond any form of miracle and a permanent part of the Underworld. Persephone had heard that one shouldn't eat the food of the dead but she had been there for many months and long since come to love Hades, so when Hades offered her the pomegranate she finally indulged her hunger and ate it. When Hermes arrived Hades asked Persephone to show him the pomegranate and sure enough Hermes saw that Persephone had eaten from it, meaning even Zeus could not reclaim to her, but Hermes also noticed that Persephone had not finished it and so he proposed a compromise; since Persephone had only eaten four seeds of the pomegranate she would stay with Hades for four months and remain the rest of the time with her mother, but that also guaranteed Hades would still see her every year regardless of Demeter's feelings on the matter. Hades agreed and allowed his wife to leave and return to her mother.

Persephone returned to Demeter and with their reunion winter ended and the land not only became green but seemed to renew itself even more bountiful than before. Thus did the seasons become defined by Demeter: During summer the land was green and vibrant with her contentment at life with Persephone; As time came for Persephone to leave Demeter became more anxious and worried and with that anxiety plant-life began to wither and weather became cold and inhospitable; When Persephone left, Demeter became angry and sad, leading nearly all vegetation to die and blizzards to accumulate; And at last again when Persephone returned Demeter's joy lifted the cold and reinvigorated crops and flowers.

Shortly after the betrothal of Persephone, Demeter was invited to a feast for the gods by the mortal king named Tantalus. King Tantalus wished to express his devotion to the gods and so prepared a massive party in all their honors. He had prayers and formal ceremonies made to each so that they would all show up to attend. Tantalus wished to express his utter devotion to the gods and served them all a special stew he had made for them. Demeter, distraught over the loss of Persephone that year, absentmindedly ate the stew while Tantalus was saying grace to all of them. Tantalus concluded the toast by wishing for them to enjoy the stew which came to him at great personal coast for he had made it out of his son Pelops. While most of the gods were overcome with gasps of disgust or shocked looks, Demeter began screaming with disgust at what she realized she had eaten. Tantalus thought that human sacrifice was expected of him but found that unlike the Titans, who had previously welcomed such offerings, the Olympian gods were disgusted by it. Zeus killed Tantalus and Hades arranged for a particularly cruel punishment for Tantalus that suspended food just out of his reach and water that receded whenever he bent down to drink it. Hecate, goddess of witchcraft, brought Pelops back from the dead and Demeter restored his body from it's remains, however part of his shoulder was missing, the part that Demeter had already eaten, and so the god of the forge, Hephaestus, rebuilt it for him with a metal prosthetic. Pelops would become a house-guest in the halls of Olympus for a few years by the gods to make up for his sacrifice. Ever since the incident Demeter refused to eat any form of meat, though the law of the wild allowed animals to be killed without incurring any malice from her she simply was never willing to trust any meal made of meat after Tantalus' banquet. From that point on Demeter only ever consumed either Ambrosia and Necter made by her sister Hestia, or grain and bran. The confiction of grains and bran would be named "cereal", after Demeter's Roman alias, "Ceres", as it was the only mortal food she would eat.

Aerokinesis: Demeter had the power to control the wind, creating everything from calm breezes to tornadoes.

Animal Shape: Demeter could become any animal at her convenience.

Atmokinesis: Demeter could regulate the seasons altering the over-all environment. She usually allowed other gods like Zeus and Poseidon to make their own weather but had an overriding authority over storms, floods, hurricanes, blizzards and temperature.

Chlorokinesis: Demeter had supreme mastery over all plant-life. As the goddess of agriculture and harvest, Demeter has divine authority and absolute control over plants. She can also grant fertility to the earth, allowing plants to grow where they could not grow before. She aids plants in growing simply by being near them.

Transmutation: Demeter used transmutation to alter the elements, herself, animals and humans, everything from altering soil to turning herself into animals to transforming humans into stone.

Shape-shifting: Demeter could alter her form so casually that she used it as a form of foreplay for sexual intercourse.

Zoopathy: Demeter could talk to any animal and had their loyalty.

Demeter was one of the most temperamental goddesses in Greek mythology. By default she was temperate, calm and nurturing however at a moment's notice her mood could change. A single insult might cause her to fly into a rage, a moment's bad news could cause her to go into hysterics and an endearing sight would instantly send her back into a charitable mood. Demeter is somewhat fussy and very overprotective, but seems to be absent-minded, which goes far into explaining how Persephone could have been kidnapped by Hades. A stereotypical mother in-law, Demeter takes every opportunity to chastise and criticize Hades' work and marriage to her daughter. Possessing a very caring nature and an obsession for cereal, Demeter insists upon advising eating healthy and hard work as every mother would. While Demeter always rewards everyone who shows her kindness (like Triptolemus and Metanira), she is extremely severe to those who disrespect her (like Erysichthon).

Demeter is somewhat unique amongst personifications of Mother-Nature, as she is not overly environmental, she cares for the environment but will not punish or proselytizes over things like, animal abuse, pollution or stripping resources; Instead she simply let's disasters befall those who destroy their own environments and is content to let humans either figure out it is in their best interests to maintain the environment or just let them kill themselves off, she views this as the same as any animal who takes too much without stopping to think about their actions and in general takes a very Darwinian stance on the balance of nature. Like all Cronus's children she was on par with Zeus himself however unlike most of Zeus's other siblings she rarely took issue with him or the other gods and usually just maintained the status-quo of the world. Persephone was not Demeter's only child but she was her first, and by most accounts favorite, though she loved all her children deeply. Demeter had a soft spot for children and not just humans, baby birds, cows, horses, dogs and cats were all very endearing to Demeter. Demeter had a penchant for bestiality and not only had sex with animals but with other gods while changing herself into an animal during sex.

Demeter from Dungeon's and Dragons: Deities and Demigods. 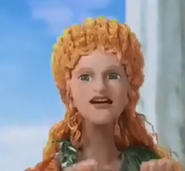 Demeter from Animated Tales of the World. 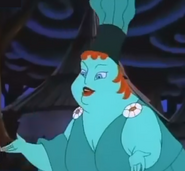 Demeter from Disney's Hercules the series.
Add a photo to this gallery
Retrieved from "https://hero.fandom.com/wiki/Demeter?oldid=699179"
Community content is available under CC-BY-SA unless otherwise noted.