DemiVeemon is the In-Training form of Veemon, Digimon partner of Davis of the DigiDestined.

He is voiced by Junko Noda in the Japanese Version and Derek Stephen Prince in the English Version.

DemiVeemon is fun and excitable, with a serious love of candy.

DemiVeemon first appeared when Veemon came to the real world for the first time along with the other new DigiDestined and their Digimon - Veemon automatically reverted into DemiVeemon, and stayed that way until he and the others returned to the DigiWorld the next day, automatically Digivolving back into Veemon upon arrival.

DemiVeemon continued to be Veemon's default form while on Earth, easily hidden due to his small size. While in America with the other kids, searching for Willis, a DigiDestined from Colorado, DemiVeemon Digivolved into Veemon and then into Flamedramon to battle Kokomon, Willis's rogue Digimon partner. Note that this adventure is supposed to be out of continuity.

DemiVeemon again Digivolved in the real world when Wizardmon's ghost was causing trouble at the Odaiba TV station - he and the other Digimon didn't know that it was Wizardmon, and Digivolved to prepare for battle, but fortunately didn't have to fight.

Later, when all the Armour Digimon were defeated in battle with Kimeramon, they were so badly injured that they reverted to their In-Training forms. DemiVeemon accompanied Davis on a search for the engine room, which proved to contain the Digi-Egg of Miracles - it's energy allowed DemiVeemon to become Veemon again, and then to Armour Digivolve into Magnamon. After destroying Kimeramon, Magnamon reverted back to DemiVeemon.

DemiVeemon continued to act as Veemon's default form in the real world, until Digimon began appeared all across the world. Paildramon Mega Digivolved into Imperialdramon, and then carried all the DigiDestined to different locations around the world, before separating into Veemon and Wormmon and helping to clear out the wild Digimon in their respective locations, before returning to Odaiba to battle the Daemon Corps, then help WarGreymon battle BlackWarGreymon and go on to fight MaloMyotismon.

In March of the following year, when Diaboromon returned, having reproduced as millions of Kuramon which were entering the real world, DemiVeemon went with Davis, Ken and Wormmon to track them down. When a large Kuramon cluster emerged on a train, DemiVeemon Digivolved to fight, much to Davis's anger.

Twenty-five years in the future, Davis's son has a DemiVeemon for a partner. 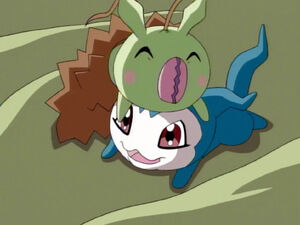 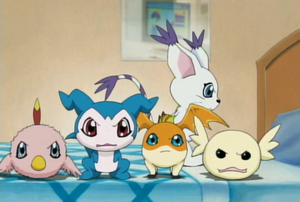 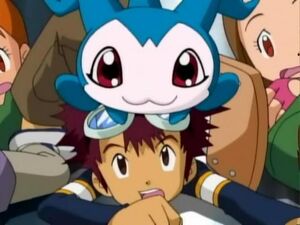 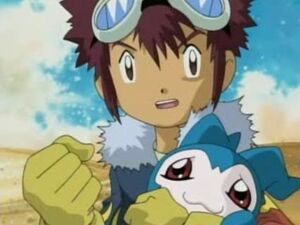 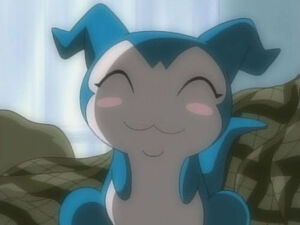 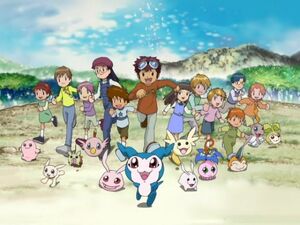 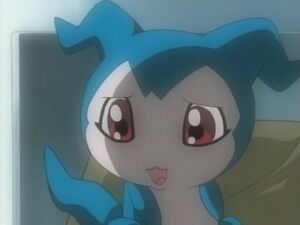 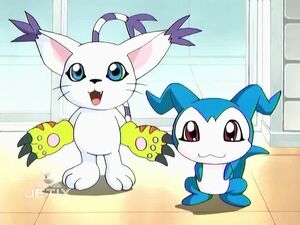 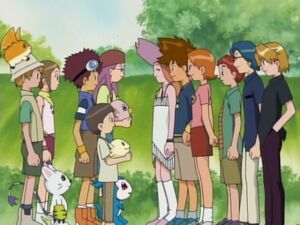 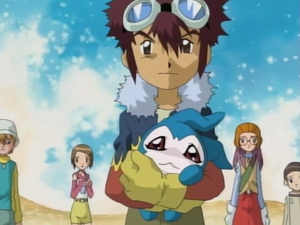 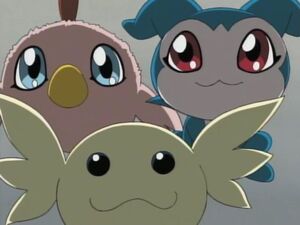 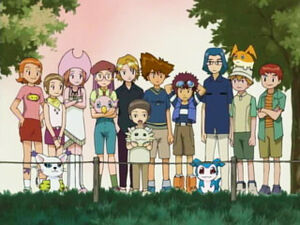 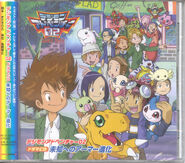 Retrieved from "https://hero.fandom.com/wiki/DemiVeemon?oldid=1869915"
Community content is available under CC-BY-SA unless otherwise noted.