Devon is the son of Mayor Adam Daniels. He copies his father's bar code guest pass and sneaks in. He is mistaken to be an employee and is sent to the Morphin Lab, where he meets Zoey Reeves, a laundry girl. He witnesses Evox corrupting the system and tries to alert Commander Shaw, but he ends up getting caught and thrown into his holding cell. After His holding cell door breaks down, he ends up getting caught in the fire, but he is saved by Ravi Shaw. After encountering the evil rangers, the three are infused with animal DNA as they become Power Rangers and Devon becomes the Red Ranger. 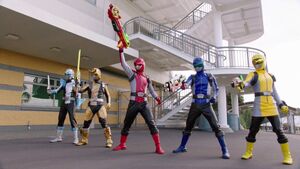 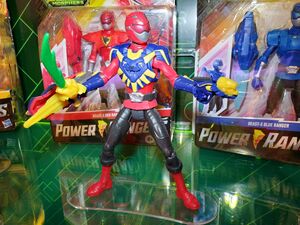 Retrieved from "https://hero.fandom.com/wiki/Devon_Daniels?oldid=2237676"
Community content is available under CC-BY-SA unless otherwise noted.