Prince of the planet Edenoi

Stop Count Dregon and his evil minions from enslaving Earth and its people.

Free his home planet of Edenoi from Count Dregon's tyranny.

Prince Dex, also known as the Masked Rider, is an alien superhero and the main protagonist of the series Saban's Masked Rider. He is able to transform in to the Masked Rider when Dex yells out the phrase "Ectophase Activate!", becoming the Masked Rider, an extraterrestrial fighting warrior in the grasshopper exoskeleton suit of armor.

He is portrayed by T.J. Roberts.

He is a prince of the planet Edenoi, homeworld of Zordon's robotic assistant Alpha 5, and of the current Masked Rider. The Masked Riders were the fabled guardians of Edenoi and its people. As with all his human-like race of Edenoites who evolved from insects, he possesses a gem on his forehead that channels various powers, including broadcasting his memories into thin air. Dex's grandfather, King Lexian, the displaced previous monarch of Edenoi, gave Prince Dex, his heir, the Masked Rider powers when the planet, back when was attacked by Count Dregon - Dex's uncle, and a tyrant who coveted the powers for himself. While the planet, once a lush green thriving world with its native citizens formerly artisans, fell, Dex continued to lead the resistance to fight his uncle's tyranny and save his homeworld.

He encountered Planet Earth's Power Rangers during a battle upon arrival on his planet, where he initially thought they were working for his malevolent uncle Count Dregon. After a brief conflict, the heroes teamed up to take down the despotic villain's Plague Patrol and Cogwarts teleported from Dregon's Spiderbase spaceship. The Rangers and Dex departed as friends, but it was now clear that Dregon was turning his sights towards Earth and Dex would need to travel there to stop him.

As the current Masked Rider, Dex is sent to Earth to stop his evil uncle, Count Dregon, from enslaving the Earthlings. He is adopted by the Stewarts and tries to interact with Earth's American culture under his new name "Dex Stewart".

Dex has many capabilities only Edenoites possesses unlike Earthlings. He can materialize a crystal on his forehead to transmit his thoughts to others, use it to scan and x-ray, and sense nearby danger, he can also emit a high pitched noise which can knock out nearby lifeforms.

Dex has superhuman strength, super-speed, and telekinetic abilities. While trying to blend in, he appears unusual to everyone else on Earth. 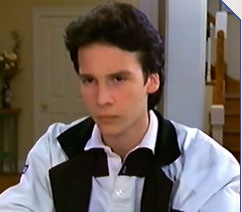 Dex Stewart
Add a photo to this gallery

Retrieved from "https://hero.fandom.com/wiki/Dex_Stewart?oldid=1619710"
Community content is available under CC-BY-SA unless otherwise noted.