Heroes Wiki
Register
Don't have an account?
Sign In
Advertisement
in: Parents, In Love, Comedy Heroes,
and 17 more

Bumbling Parent
Dexter's Dad is the father of Dexter and Dee-Dee and the husband of Dexter's Mom.

Dad is tall, hairy, and somewhat muscular, with a bit of a gut. He wears glasses and has blonde hair.

His appearance after the reboot has the biggest redesign of all the characters, with him having a different shade of blonde hair, being a lot skinnier, and has a larger head.

Dexter's father (along with his wife), can be quite bumbling, though his primary flaw was being clueless to Dexter's laboratory (and he has a memory erasing gun, so its more like he looks stupid by comparison to their supergenius son). However, Dexter's father turns out to be a stunt biker when his job is finally revealed (up to then, he left every day dressed for an office job), making him much cooler of the couple. By the fourth season, he's become a complete nitwit. For instance, he doesn't know that he is being threatened legal action for stealing cable in "Bad Cable Manners" in spite of being repeatedly told so by the authorities that warn him and in "Tee Party" is shown to have no idea how golf works even though he was shown to be a fan of the sport in "Dad is Disturbed". Despite this negative trait, Dexter's dad cares deeply for his family, and would go to certain lengths to aid them in any means possible. 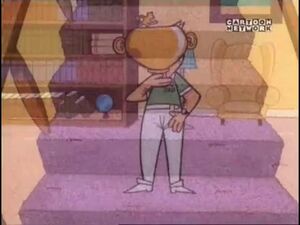 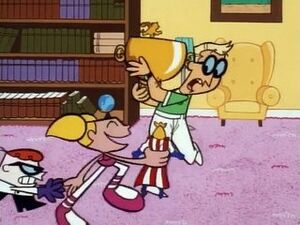 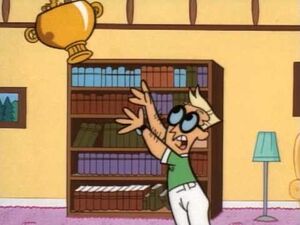 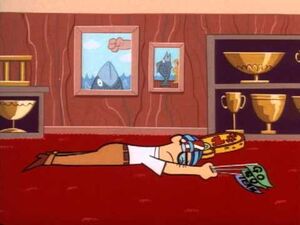 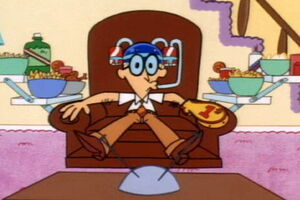 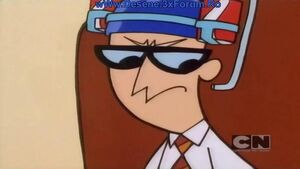