Daryl Cavendish and her daughters (formerly)

Tragic Witch
Anti-Hero turned Hero
Diana Cavendish is one of the main characters in the anime Little Witch Academia. In spite of her odds with Atsuko "Akko" Kagari, she is also a fan of Shiny Chariot, though she hates to admit it. She comes from an ancient family of wizards in Britain and is a famous student at Luna Nova Magical Academy.

Similar to Satsuki Kiryuin from Kill la Kill, Diana originally starts off as the main antagonist of the short films (original short and its sequel The Enchanted Parade), and even the first half of the series, but eventually becomes an ally by Episode 20.

Diana is a young witch with pale skin, light blue eyes, and platinum blonde hair with tea-green highlights. She is considered very beautiful.

Her Luna Nova uniform consists of the standard coat dress, witch hat, shoes, and stockings. The band on her hat and shoes are colored blue, along with her sash.

Diana is best described as a serious, composed and erudite girl. Being descended from a prestigious line of witches back to ancient times, she is exceptionally devoted to her magical studies and to the tradition and history of magic. Her status as Luna Nova's best student cannot be solely attributed to heredity— she has a self-discipline and maturity far surpassing the average teenage girl. Due to her pride in her own abilities and a strong sense of responsibility, she refuses to take credit for other's doings and always admits her mistakes, although she's unable to speak up to teachers due to the trust they have in her. Diana is confident in the superiority of her philosophy of magic where it differs from Akko's, one of the reasons Akko considers her to be her rival (although Diana never did). Like most students, Diana claims Shiny Chariot to be a fraud, but this merely the facade to hide the fact that she used to admire her as much as Akko was.

The extent of Diana's selfless sense of duty is revealed when she ready to leave her beloved Luna Nova Academy and give up the remainder of her childhood to preserve her family's legacy. She holds no contempt for Akko for being chosen for the role she sought to fulfill all her life and wishes her nothing but success in spite of her initial jealousy. Her behavior at Luna Nova is seen in a more noble light— she didn't brag about being descended from one of the Nine Olde Witches and kept her orphanhood secret, wanting neither unearned respect nor pity. Despite her seeming to be very prideful, she has insecurities: even with her prestige and high social standing at school, she is too embarrassed to admit anything less than contempt for Shiny Chariot. This could explain why she surrounds herself with sycophants, although she does not let Hannah and Barbara praise her excessively.

Ultimately, Diana has always had good intentions, despite coming off callous and condescending. When she chastises other students, it is not out of malice, but rather frustration; she cares about the success of others studies and not just her own. This concern contributes to her dependability, she is willing to help out other students to her best ability whenever they ask.

Diana was born from a 1500-year old family of witches that both have a large influence in the magical world and access to knowledge even the faculty of Luna Nova does not know. Due to her origins, she was born with "talent in her veins", but for Chariot's Dream Fuel Spirit masterminded by Croix as early stages of her sinister plan to break Grand Triskellion, she was unable to perform magic during her childhood. Even so, through her extreme dedication to magic from her early childhood, she becomes the most skillful witch in her class, and according to some, in modern times. 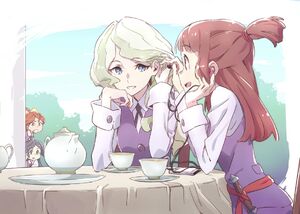 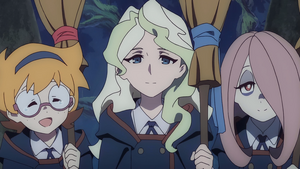 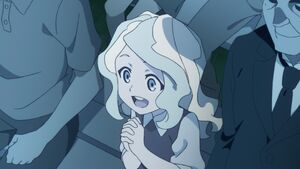 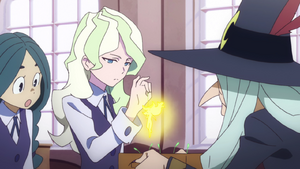 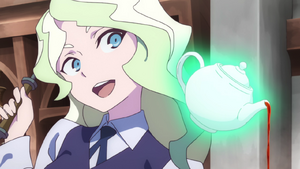 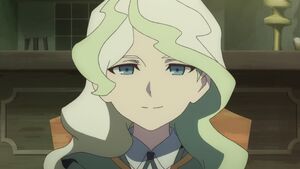 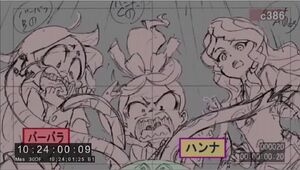 Diana with Hannah and Barbara in the behind the scenes footage. 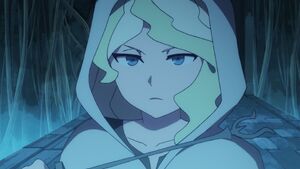 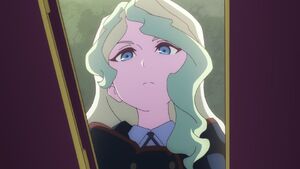 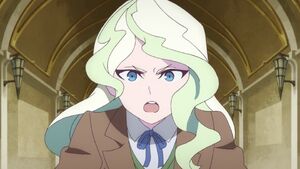 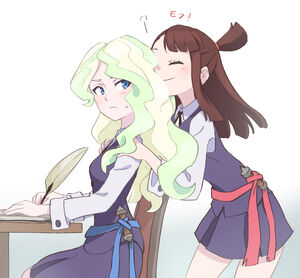 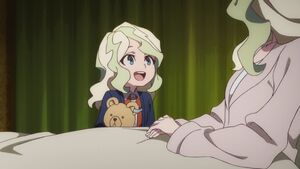 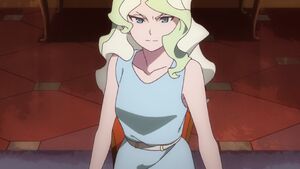 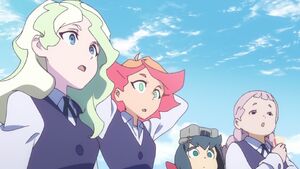 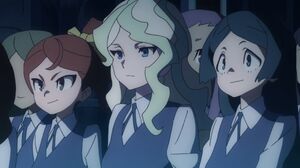 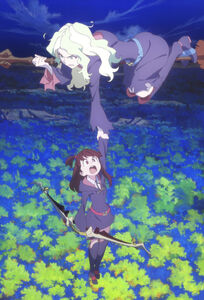