Reconnisense
Stealth
Flight (as a raven)

Serve his friend, Maleficent, in anyway he can for the rest of his life in return for her saving him from hunters.

Diaval is the tritagonist in the 2014 live action Disney film, Maleficent and its 2019 sequel Maleficent: Mistress of Evil. He is Maleficent's friend, loyal servant, and pet raven.

As a human, he is portrayed by Sam Riley.

Diaval was originally a raven. When Maleficent was planning her revenge on King Stephan, she eventually came across a raven, trapped in a net, being attacked by a random villager and his dog. Maleficent saved the raven by turning him into a human. Terrified, the villager and his dog ran off. After which, the Raven, in which he said that his name is Diaval, became a humble servant towards Maleficent.

Maleficent assigned Diaval to watch over King Stephan to see what's going on in the castle. Diaval eventually found out that King Stephan had a daughter, and informed Maleficent. The two then went to King Stefan's castle so they can get their revenge. Diaval watched as Maleficent placed a curse on the king's daughter. After she successfully placed the curse, the two left the castle. Concerned for his daughter's safety, King Stephan ordered three pixies to hide his daughter for 16 years, to prevent the curse from ever happening. However, Diaval quickly found Aurora and informed Maleficent of Aurora's location. The two secretly kept an eye on Aurora in the background for 16 years, and even took care of her as the three pixies were incapable of caring for the young princess. Sometimes, Diaval would visit Aurora, in his raven form, and play with her. As the years went by, Diaval questioned if Maleficent actually started to care for Aurora.

Eventually, the two decided to bring Aurora to the Moors, where Diaval and Aurora officially meet. Aurora kept visiting Maleficent and Diaval in the Moors. She was even considering on staying in the Moor with the two when she turns 16. However, the three fairies told of her true origins, Maleficent and the curse, so she went to the castle to be with her father. Realizing that Aurora will prick her finger on a spindle of a spinning wheel, the two took found a boy that Aurora liked; His name was Prince Phillip, Diaval took the form of a horse, and they raced towards the castle.

The three attempted to escape the castle to the Moor, however King Stephan and an army of iron-clad soldiers ambushed them. As the soldiers attacked Maleficent, Diaval tried his best to defend her. Maleficent then turned Diaval into a dragon. Diaval was able to fend off the soldiers for a while, but the soldiers were able to restraint that mighty dragon. Just when the soldiers were about to kill Diaval, Maleficent's wings reattached on her back, and Maleficent rescued Diaval. After Maleficent killed King Stefan, the three returned to the Moor, where both the humans and Fairy creature were at peace with each other. Diaval also became somewhat of a parental guardian towards Aurora, along with Maleficent.

As with Diablo, Diaval shared the latter's loyalty towards Maleficent as her confidante and assistant where in his case, out of gratitude for saving his life from a human farmer. Other than that, it is clear Diaval lacked the former's malice owing to his kinder and considerate personality. His relationships with Maleficent started off a rocky one because of his mistress' bitterness from Stefan's betrayal and clearly saddened upon seeing what she had become. Nevertheless, he continued to serve Maleficent faithfully, and visibly relieved to see his mistress regained the peace she lost thanks to Aurora.

When Diaval is in his natural raven form, he can fly and possesses razor sharp talons and beak. Maleficent can also shapeshift Diaval into the form of any beings, including a human, a wolf, a horse and a dragon. His remarkable capacity to take advantage of said forms' different qualities for certain situations, even his least favored ones, shows the full extent of his resourcefulness. 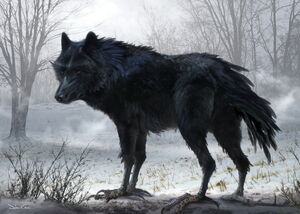 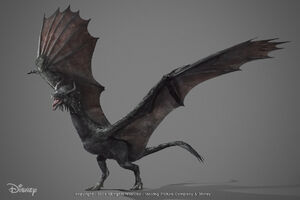 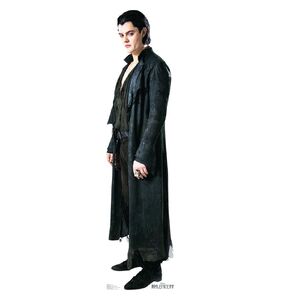