To save any animal from harm

Heroic Adventurer
Diego Marquez is an 8-year-old Latino action-adventure hero with a big heart. He rescues animals from all over the world. He serves as a main character (and sometimes supporting protagonist) in Dora the Explorer, the main protagonist of Go, Diego, Go, and the deuteragonist of Dora and the Lost City of Gold.

His goal is to save and protect the animals and their environment. Athletic and fearless, he is always at the ready, no matter the situation. Diego loves learning new things he as a merboy. He takes a scientific approach to problem solving and also uses a variety of high-tech gadgets and gizmos to save the day. He stars in his own television series titled Go, Diego, Go! in which he roams throughout the rainforest, saving animals in need. He is a minor character in Dora the Explorer, though he appears as the main protagonist of Go, Diego, Go!. Diego Márquez is Dora's cousin. This means that he is the nephew of Elena or Cole. Which one is not made clear. Whoever it is, one of Diego's parents would be their sibling. Diego has two beautiful big sisters named Alicia and Daisy.

Diego has peach-brown skin, brown eyes, and brown hair. He always wears an orange rescue pack. Not including temporary outfits, Diego wears 3 different outfits in the 3 different shows he appeared in.

In the older episodes of Dora the Explorer, he wears a dark blue shirt with a tan cargo vest, green cargo shorts, light green socks, brown hiking shoes, and a silver watch.

In Dora and Friends: Into the City, Diego switches back to his original outfit from Go Diego Go, but it receives a few changes: He retains his light blue t-shirt, but his tan vest now has dark blue trim, lacks pockets, and his Animal Rescue badge is now on the right side of his chest. His dark blue cargo shorts are shorter and have smaller pockets, he discards his socks, and now wears a new gray pair of converse sneakers with orange laces. He keeps his video watch, and his orange Rescue Pack now rests on his left shoulder. 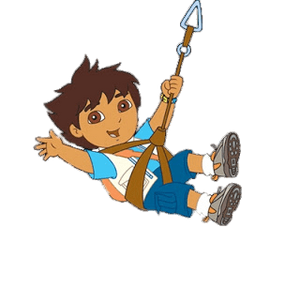 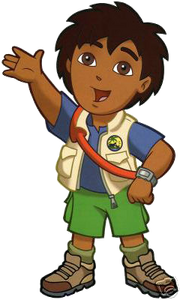 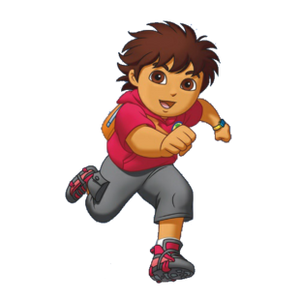 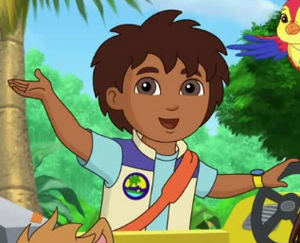 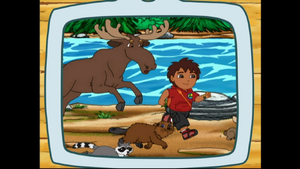 This is Diego helping all those animals get home. 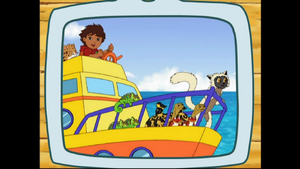 This is Diego taking all these animals back to their homes in Madagascar. 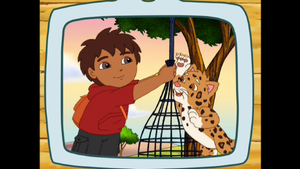 This is Diego & Baby Jaguar taking down more animal traps. 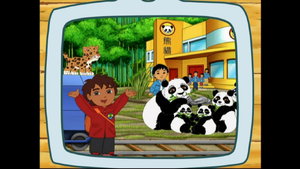 This is Diego taking the giant pandas to Bamboo Mountain. 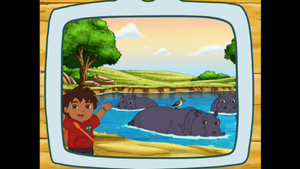 This is Diego taking the hippopotamus to Hippo Lake. 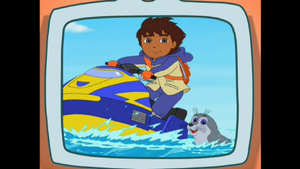 This is Diego taking the ringed seal to the rescue home in the Arctic. 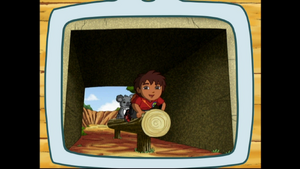 This is Diego & Joey using the koala tunnel to cross the road safely. 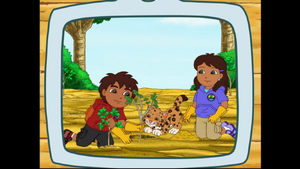 This is Diego & Alicia planting fig trees for the cotton-top tamarins. 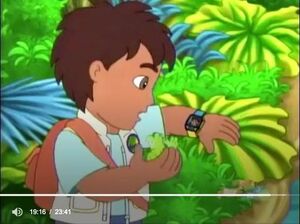 Diego talking to Alicia on his video watch 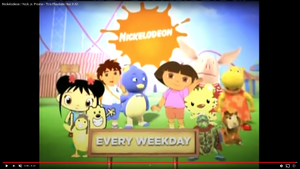 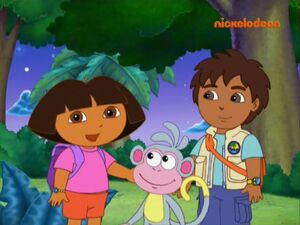 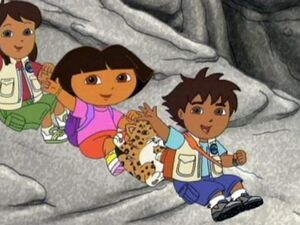 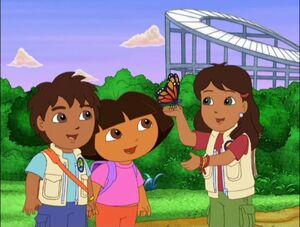