Dylan Jovie Prescott "Dil" Pickles is the deuteragonist (along with Chuckie Finster) of the Nickelodeon animated television series Rugrats and its spin-off All Grown Up!. He is the younger brother of Tommy Pickles, younger son of Stu and Didi, and cousin of Angelica Pickles. He is unable to speak to the babies, but is able to garble words together. In the future, when he is grown up, he becomes a natural prankster.

He has the same hair color from his mother.

He likes to chew and drool on people and things. He also enjoys hitting Tommy in the head with various objects, most notably his rattle.

Dil was introduced in the first Rugrats movie after his birth. He serves as the deuteragonist. At first, Tommy and Dil are extremely jealous of each other, but the two later realize the bond they share as brothers. 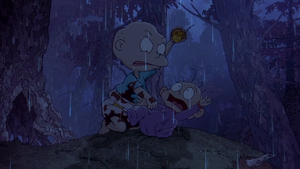 "You think it's funny?! Phil and Lil was right! You're a bad, naughty baby, and you're never gonna get any better! I'M THROUGH BEING YOUR BIG BROTHER! I DON'T WANT MY SPONSITIVITY NO MORE!" 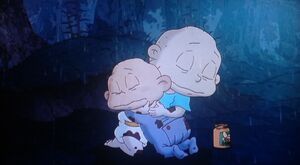 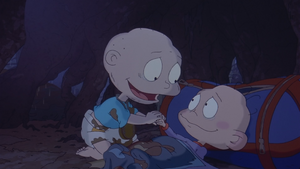 Tommy and Dil reconcile and start getting along

Tommy and Dil finally love and get along 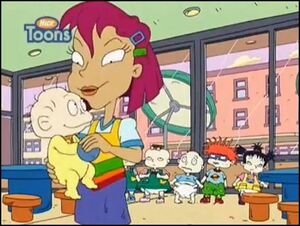 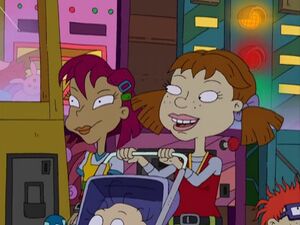 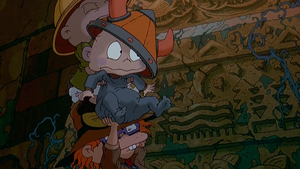 Retrieved from "https://hero.fandom.com/wiki/Dil_Pickles?oldid=2065537"
Community content is available under CC-BY-SA unless otherwise noted.