Hanging around with Brandish

Pawn of a Villain
Villain turned Hero
Dimaria Yesta was a former member of the Spriggan 12 and an antagonist heroine from the manga series Fairy Tail. She is also a close friend of Brandish μ.

Dimaria seems to have a relaxed and cynical personality, usually sporting an amused expression accentuated by a wry smile alongside half-closed eyelids. Her demeanor compliments this, being informal in the presence of superiors and colleagues alike. In keeping with her personality, she has quite the sharp tongue, which she frequently employs to make scathing remarks, as well as to needle others in a roundabout manner, although she is not too fond of dealing with tiresome people. She shows very little concern for her colleagues' well-being and has exhibited blatant signs of schadenfreude in regards to teammate Brandish μ, whom Dimaria delights in teasing

Dimaria is also shown to have a remorseful side to her personage, seen when she hugged and apologized to Brandish for the cruel comments made about her capture, determined not to ever do it again, and showing worry for her safety after it had happened. Dimaria also has a habit of clicking her teeth when she's angry or furious about something occurring not to her liking.

100 Years Quest, reveals that, she is no longer a warrior and is now a farmer whom she say she is now happy. Dimaria has become a pacifist and no longer likes fighting, preferring to live happily on a farm. 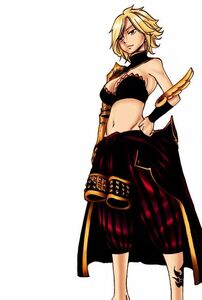 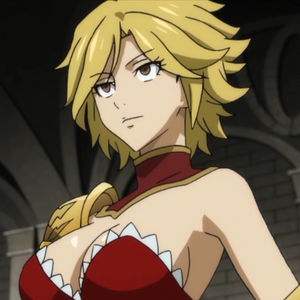 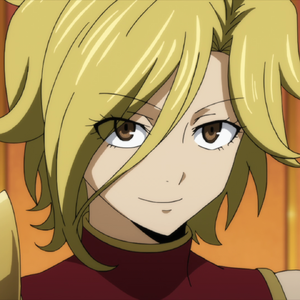 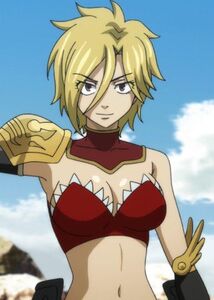 Retrieved from "https://hero.fandom.com/wiki/Dimaria_Yesta?oldid=2150308"
Community content is available under CC-BY-SA unless otherwise noted.