Member of the Dalmatian Plantation
Pet dog of Chloe Simon

His brother Wheezer, his sister Two-Tone, Mooch, his wife Dottie, his sons Domino and Little Dipper, his daughter Oddball, his owner Chloe Simon, his former owners Roger and Anita

In the TV series, which sees the Dalmatians and the Dearly's move to a farm, Dipstick along with his brother Wheezer and sister Two-Tone, forms a gang with the farm's dog Mooch.

In 102 Dalmatians, which takes place three years after the original film, Dipstick is now an adult and is now owned by a probation officer named Chloe Simon. He mates with Chloe's other Dalmatian Dottie and has three puppies with her; two sons named Domino and Little Dipper, and a daughter named Oddball (who doesn't get spots until the end of the film). 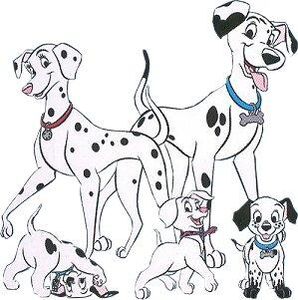 Dipstick and his family 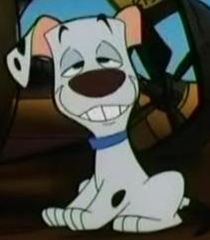 Dipstick in 101 Dalmatians: The Series 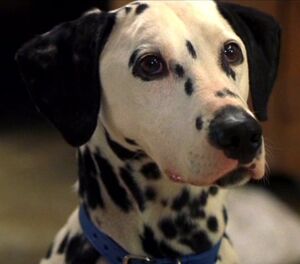 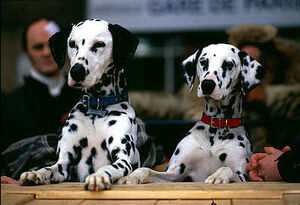 Dipstick and his wife Dottie
Add a photo to this gallery

Retrieved from "https://hero.fandom.com/wiki/Dipstick?oldid=1532183"
Community content is available under CC-BY-SA unless otherwise noted.