Division of Security Operations or DSO is a anti-bioterrorism organization under the jurisdiction of the United States Federal Government, and the employer of Leon Scott Kennedy from 2011 onwards.

In 2011, the DSO was formed by U.S. President Adam Benford. The idea of the organization was to select the very best agents from other branches of the U.S. Government and bring them under one elite group that would act as the "sword of the President", answering directly to the President's orders to taken on any bioterrorist threat to the Country. It was essentially, therefore, the successor to the Federal Bioterrorism Commission; a U.S. Military Organization that was disbanded in 2005 and merged into the United Nations' BSAA (Bioterrorism Security Assessment Alliance), though it should be noted that the two organizations' natures were different, and similarities in their overall goals.

The DSO was given preferential treatment as an organization, as their ruling-being the ruling of the President-and was considered absolute justice. The group was created for the purpose of efficiently and quickly eliminating any crisis that threatened the United States of America and it's people.

Leon was one of the founding members of the group when established by Benford. In order to find and protect Jake Muller, Sherry Birkin and was relocated from her job in another Federal Agency to the DSO, though she continued to take orders from her previous department head, Derek C. Simmons for the remainder of the mission. 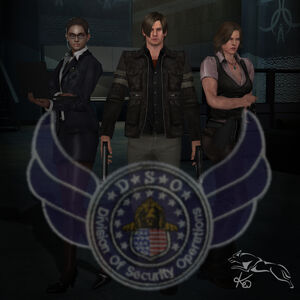 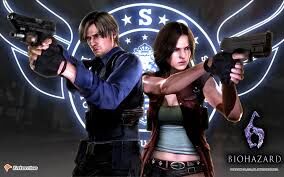 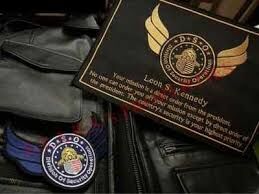 Retrieved from "https://hero.fandom.com/wiki/Division_of_Security_Operations?oldid=2132728"
Community content is available under CC-BY-SA unless otherwise noted.