Dixie Clemets is a playable character in both the original Rumble Roses in 2004 and sequel Rumble Roses XX in 2006. She fights under the moniker of "The Three Count Cowgirl". Her Japanese voice actress is Yuko Kaida. She was dubbed by Lilia Silva in the first game, with Jessica Straus voicing her in the sequel.

As the daughter of a prominent Texas rancher, Dixie grew up helping out at the ranch. She began competing in rodeo contests at the age of twelve and would go on to be a regular winner ever since then. She also spends a lot of time helping out at the local Sheriff's office. She has also been ranked as the No 1 Most Eligible Bachelorette in Texas (sometime prior to the start of the first game). When she learned that her idol- the legendary female wrestler, Kamikaze Rose- was entering the annual Rumble Rose Tournament, she decided to enter the tournament as well.

Dixie is very much the embodiment of an archetypal Texan- being boisterous, energetic, and sociable. She is well known for her showboating both in and out of the ring. When she achieves Super Star status, she depicts herself as an 'All American Girl'- dressed in a sparkling red, white, and blue jumpsuit and holding a flag similar to the American Flag. Her arrival is accompanied by her high-energy anthem, Yankee Rose, and numerous pyrotechnics- as well as signals for "pumps" from the audience. Dixie is also extremely confident about her appearance, as reflected in her in-ring costumes.

Despite all this showmanship, Dixie is firmly established as a "Babyface" (a goodguy). She also enjoys a close friendship with Reiko Hinomoto and a friendly rivalry with Aisha. She's also very loyal to her friends and values civic duty, as seen by her work with local law enforcement. 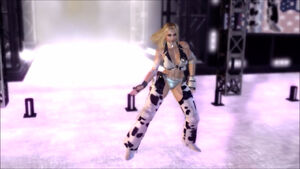 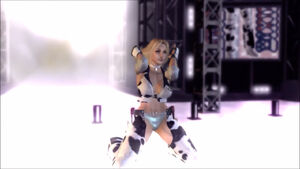 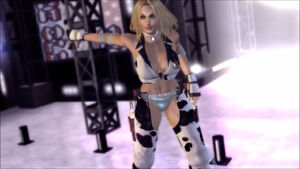 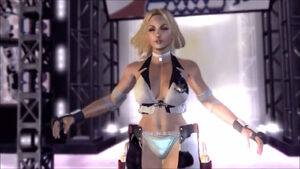 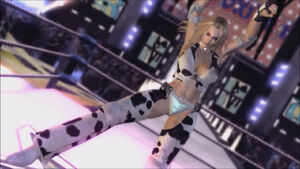 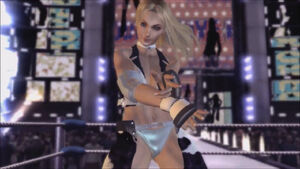 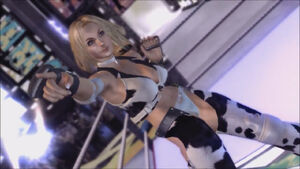 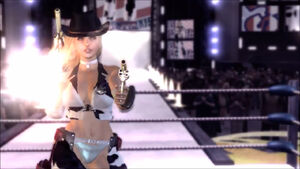 Add a photo to this gallery
Retrieved from "https://hero.fandom.com/wiki/Dixie_Clemets?oldid=1793318"
Community content is available under CC-BY-SA unless otherwise noted.