Child of Light and Darkness

To live in a world where Gears & Humans live peacefully

Dizzy is a heroine from Guilty Gear who is an innocent and pacifistic Commander Gear. She is technically only 3 years old, but her body matures at an alarming rate due to her Gear cells. She is half-Gear and half-human, and her mother is Commander Gear Justice. The father is Sol Badguy. The names of Dizzy's wings are Necro (the Grim Reaper wing) and Undine (the angel wing).

She was voiced by Kazue Fujita.

Most notable in Dizzy are her wings, Necro (right) and Undine (left) which are her "systems", and her reptilian tail. The two wings attack and defend alternately, morphing into different forms and acting separately. In some instances, they transform Dizzy's body parts like her arm and her tail. Occasionally, Necro transforms her into a demonic figure. In the memorial book, an early drawing of Dizzy shows her with dragon wings.

Dizzy has three main attires. First is her black dress in Guilty Gear X, which has a long skirt that reaches up to the ankle, low laced off-shoulder neckline and fitter sleeves. Her usual outfit, the one she wears during battle, is a tight, provocative suit, with two belts crossed over barely covering her chest area, with her midriff exposed while white, puffy sleeves cover her arms. Her third outfit is her Jellyfish uniform that includes a short sailor top and jeans shorts. Her shoes are the same.

Her hair is very long, reaching down to her knees. She is also fond of yellow ribbons, as she has two on her head and one on her tail.

With a 3-year existence with most of it spent in a small village and a grove, Dizzy's experience is very limited. She's very gentle, innocent, pure-hearted, and kind to anybody she encounters. However, her immense power and her lack of control of it only causes her grief, as she sees it as a curse. She hates violence with a passion and fears to hurt others, thus she isolated herself. This only caused her more sadness, as she constantly longed for human contact. When she got adopted by the Jellyfish, she found her family and happiness. In the subsequent games, she willingly fights to protect her friends.

Dizzy has a hidden realistic side though, as she views the destruction of nature by humans as part of a natural cycle. It is also stated that she is ravenous for knowledge and is excellent in gathering data, evidenced by the number of artwork with Dizzy in a library or holding a book.

The details of Dizzy's birth are not known exactly; all that is known for certain is that she was found as an infant roughly three years before the events in Guilty Gear X, by an old couple with no children of their own to depend on. The other villagers became afraid, however, since Dizzy appeared to age from being an infant to apparently being in her late teens in three years. This was compounded when she discovered, one day, that she now had wings and a tail. Dizzy was now identified as a Gear—essentially, a living weapon of mass destruction, and a hundred-year war against Gears had just ended five years ago. Dizzy's foster parents hid her in a grove in the woods, but she was soon discovered and subjected to abuse at the hands of her captors. She quickly escaped, and the government issued a 500,000 World-Dollar bounty for her death.

Dizzy served as the final boss and is fought after Testament, her guardian, a Gear who had served under the Commander Gear Justice. Testament fought off most of the bounty hunters, and if any managed to overcome him, they were quickly beaten back by the immense power of Dizzy herself. She was finally defeated by the bounty hunter known as Sol Badguy. However, he spared her life as he didn't view her as a threat, and the bounty fell to Jam Kuradoberi, who used it to finance her restaurant. Dizzy was then discovered by Johnny and May, who "rescued" her and invited her into their crew.

A few weeks later, Dizzy was on the deck of the Mayship when she was suddenly knocked off by I-No. She fell 20,000 feet, and the impact caused her to become possessed by Necro. Under no fault of her own, she then laid waste to several other characters until she was "cured" by Faust. In her other ending, Sol Badguy calmed her down after her power went out of control, and began to wonder if she had real parents.

Dizzy, May and Johnny went to see Testament. While in the forest, she lost control over Necro and Undine. In one story path she regains control over them with the help of Ky Kiske. After two unsuccessful capture attempts by Crow, she goes to Ky and with him. Dizzy tries to learn more about herself and preventing her powers from losing control again, also leading to romantic feeling around Ky Kiske. In another path, she regains control with the help of Sol Badguy, but soon after that, she is captured by Crow with A.B.A's help, and is used to create clones of her.

Dizzy, being a half-gear, has many latent powers. These have given her many advantages in battle, replacing raw strength with experience. Her tail can transform into a sort of beast, and can extend her nails. But her most noticeable attribute are Necro and Undine, her systems. While these normally take the form of a pair of wings, they can shape-shift themselves into deadly weapons. Also, should Dizzy be in extreme danger or unable to respond (as in "knocked out"), they can take on her body.

Dizzy makes an excellent starting character for players who appreciate ranged fighting. Having a fairly good defense, she can put pressure on opponents from afar, as well as from close range. Most of Dizzy's moves revolve around her projectiles; she can juggle an opponent breaking their defenses with her ranged attacks, then rushing down with her normal moves which deal a large amount of damage. However, her overdrives are her drawbacks, as they are hard to pull off, and one of them consumes the entire tension bar (Gamma Ray). All her overdrives deal high amounts of damage, and she is a character worth investing some time to master.

In EX mode, Dizzy gains many added bonuses with nearly no drawbacks: she gets an additional overdrive, Necro Install, which boosts her speed and autoguards her from all normal hits while active. She also gains one of the best melee moves: Gabriel Sword, excellent for counter and stunning an opponent for pushing combos. 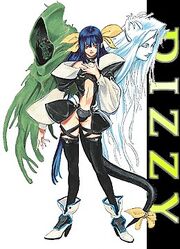 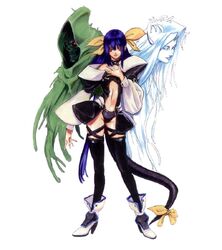 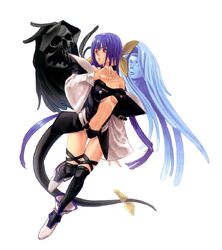 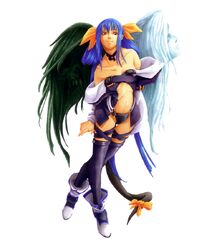 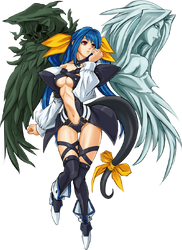 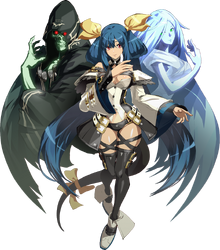 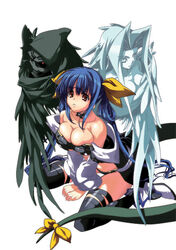 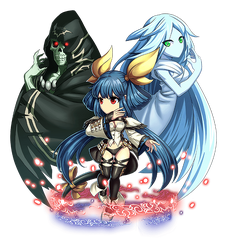 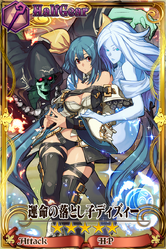 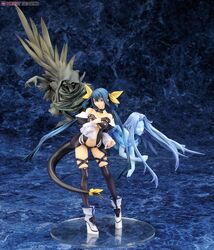 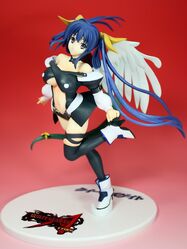 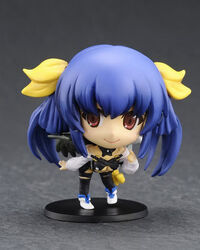 Retrieved from "https://hero.fandom.com/wiki/Dizzy_(Guilty_Gear)?oldid=2101163"
Community content is available under CC-BY-SA unless otherwise noted.