Dottie "Doc" McStuffins is a 7-year-old girl who is the main protagonist from the Disney Junior series Doc McStuffins. She is also in The Doc Files.

Doc was initially voiced by Kiara Muhammad, but she was replaced by Laya DeLeon Hayes during Season 3 due to Muhammad's voice maturing past the role.

Doc is a sweet and friendly girl who loves taking care of toys that are injured, harmed and sick. Likewise, she is generally cheerful, she likes to sing songs and play games with her family while they playfully tease each other.

Doc takes her role as a doctor who takes good care of stuffed animals and toys. Later on, Doc becomes in charge of the hospital in McStuffinsville. 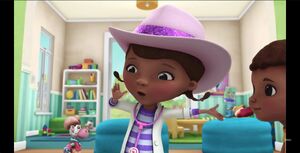 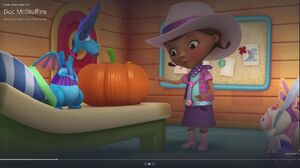 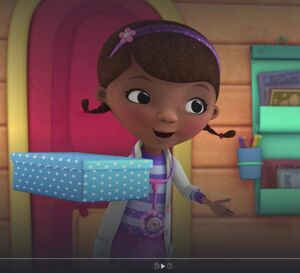 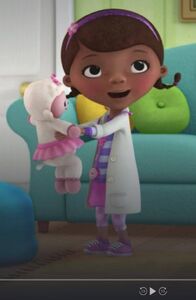 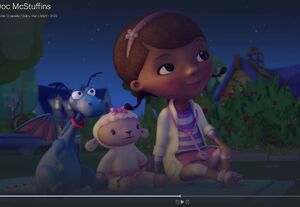 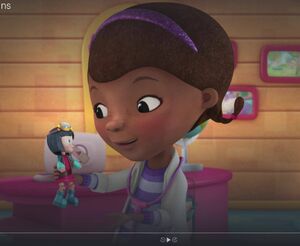 Retrieved from "https://hero.fandom.com/wiki/Doc_McStuffins?oldid=2140177"
Community content is available under CC-BY-SA unless otherwise noted.